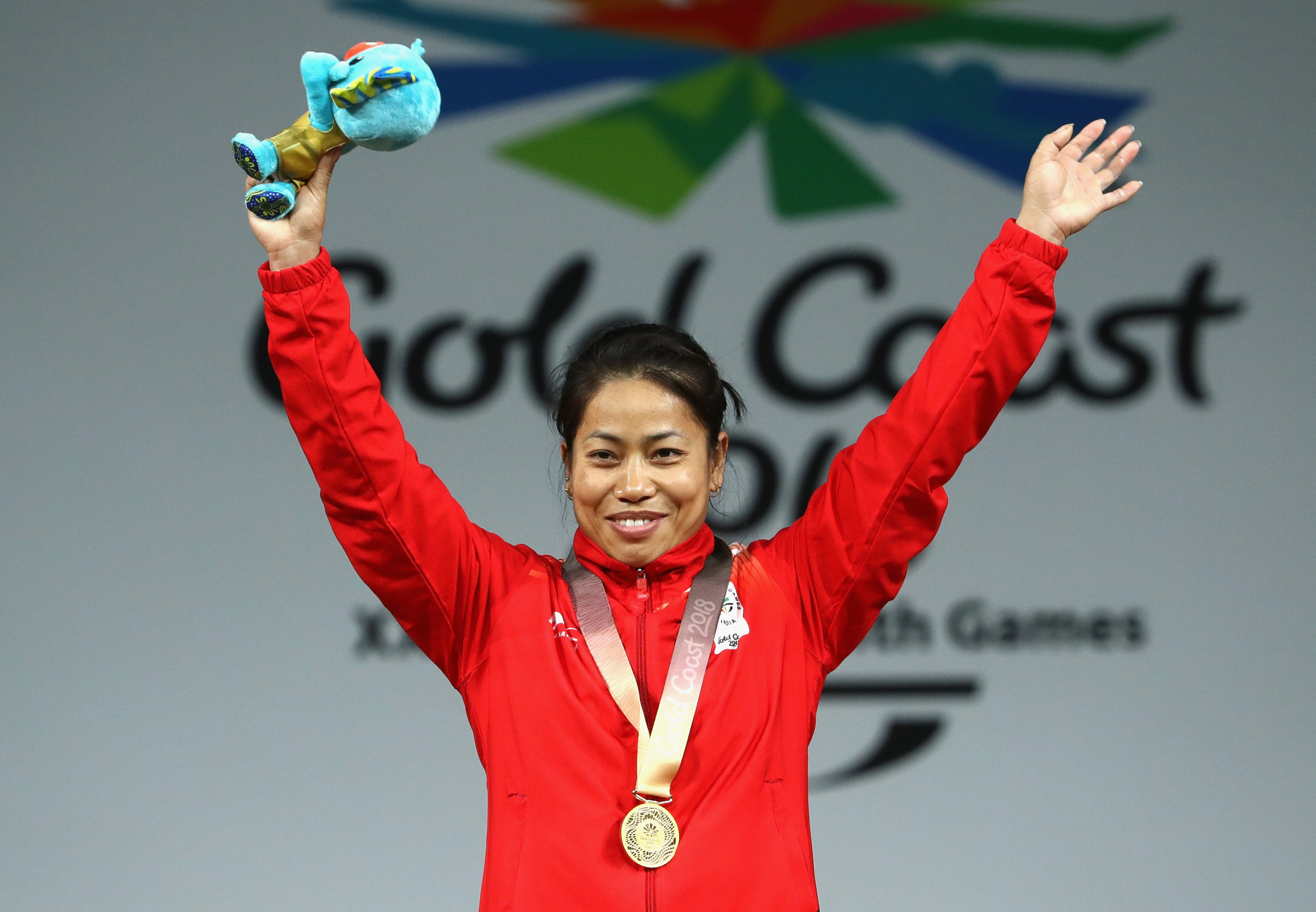 A weightlifter who tested positive for testosterone has been cleared to return to competition because of an administrative mix-up.

It is the second time in recent months that a lifter who tested positive in the United States, in the build-up to the 2017 International Weightlifting Federation (IWF) World Championships, has avoided suspension.

Khumukcham Sanjita Chanu, who won 53 kilograms gold for India at the 2014 and 2018 Commonwealth Games, was provisionally suspended last May - six months after her positive and during which time she won her second Commonwealth title in Gold Coast.

She had tested positive in a sample taken by the United States Anti-Doping Agency (USADA) a few days before the start of the World Championships in Anaheim - where she finished 13th - after which the case was taken over by the IWF.

Her B-sample also came up positive in September last year but her urine sample was referred to under two different numbers in official notifications from the IWF, and she has now been told she can compete again.

Last September the IWF dropped a case against the Spaniard Marcos Ruiz Velasco because his B-sample had inadvertently been destroyed.

Ruiz came up positive in a pre-World Championships test by USADA and was Spain's first positive in eight years - but long delays in a "complicated" case led to a laboratory disposing of his sample.

Chanu, who always said she was innocent and at one point wrote to the Prime Minister, Narendra Modi, to seek his backing, was helped by India's National Anti-Doping Agency which pointed out to the IWF the discrepancy in numbering of her sample.

It was referred to as number 1599000 in one document and 1599176 in another, leading to representations by Chanu's team in October and November last year.

The Indian Weightlifting Federation said that the IWF had admitted making an error and had told Chanu "the case appears to be complicated".

Chanu received an email from the IWF's legal counsel stating that her provisional suspension had been lifted as of Tuesday (January 22), pending a final decision by the governing body's Hearing Panel.

"I am innocent and I have never taken any banned substance in my career," Chanu told reporters from her home in Manipur.

"I am vindicated now.

"I experienced mental trauma during these past eight or nine months due to the mistake of the International Federation."

An IWF statement said: “From the documentation provided to the athlete with the IWF notification it was evident which sample the IWF was referring to and that the results indicated in the attached analysis report corresponded with the athlete's sample and doping control form.

"One of the references in the notification was indeed erroneous, however this bears no relevance at all to the outcomes of the case.

"The issue has been addressed by the IWF with both the athlete and the Weightlifting Federation of India on multiple occasions.

"The IWF has conducted its procedures in full compliance with the applicable rules.

"Given the complex nature of the case the initial review under Article 7.2 of the World Anti-Doping Code involved multiple parties and required much more time than usual.

"With the conclusion of the initial review on 15 May 2018 the IWF immediately notified the athlete.

"Further to a recent expert opinion of the analytical aspects of the case, it was decided to lift the suspension pending the final decision of the panel.

"Pending the decision of the IWF Disciplinary Panel, the World Anti-Doping Agency will review the situation with the lab.

"As the case is still ongoing the IWF is not in a position to provide further comments on it."

Despite Chanu's case being cleared, subject to ratification, India has still had too many positives - 11 athletes banned in the past 10 years – to be able to send a full team to the Tokyo 2020 Olympic Games.

Any nation with 10 or more positives since 2008 can enter only two males and two females, half of the maximum.

Chanu, 25, is likely to compete next month in Chiang Mai, Thailand, in an Olympic qualifying event, the EGAT Cup.

Sahdev Yadav, secretary of the Indian Weightlifting Federation, said Chanu had been called to the training camp and added: "She has been working hard on her own for months, so if she is fit we will try to include her in the team."

The EGAT Cup could be the last competition in Thailand for a while as the nation faces suspension for having had six positives at the 2018 IWF World Championships.

The process will take some time yet, as the cases are yet to be closed, but details have already been forwarded to the Independent Member Federations Sanctions Panel, set up by the IWF last year as part of its new anti-doping policy.

Because Thailand has had three or more positives within a year, that panel can impose a suspension of up to four years under new anti-doping rules adopted last April.

The independent panel also has the power to disqualify Thailand from Tokyo 2020 under the conditions of the Olympic qualification system, as the offences occurred within the qualifying period.

The panel comprises five anti-doping experts from around the world, namely:

• Richard Young, an American lawyer who represented USADA in its cases against Lance Armstrong, Floyd Landis and Marion Jones, and who sits on the IWF Clean Sport Commission;

• Andrea Gotzmann, a biochemist and former basketball international who chairs the Executive Board of the German national anti-doping agency, sits on may other international bodies, and worked at the Cologne Laboratory for 25 years;

• Ullrich Haas, a German academic who co-wrote Doping in Sport and the Law, and who chairs the World Anti-Doping Agency's (WADA) Governance Working Group;

• Ben Sandford, a New Zealand lawyer who competed in skeleton at the Winter Olympics and who is a WADA Athlete Committee member;

• Professor Andrew Pipe, a Canadian doctor who resigned from a senior role at the International Swimming Federation when it ignored advice on Russian doping in 2016; he is a member of the Athletics Integrity Unit.

Thailand is due to host this year's IWF World Championships but faces losing the event.