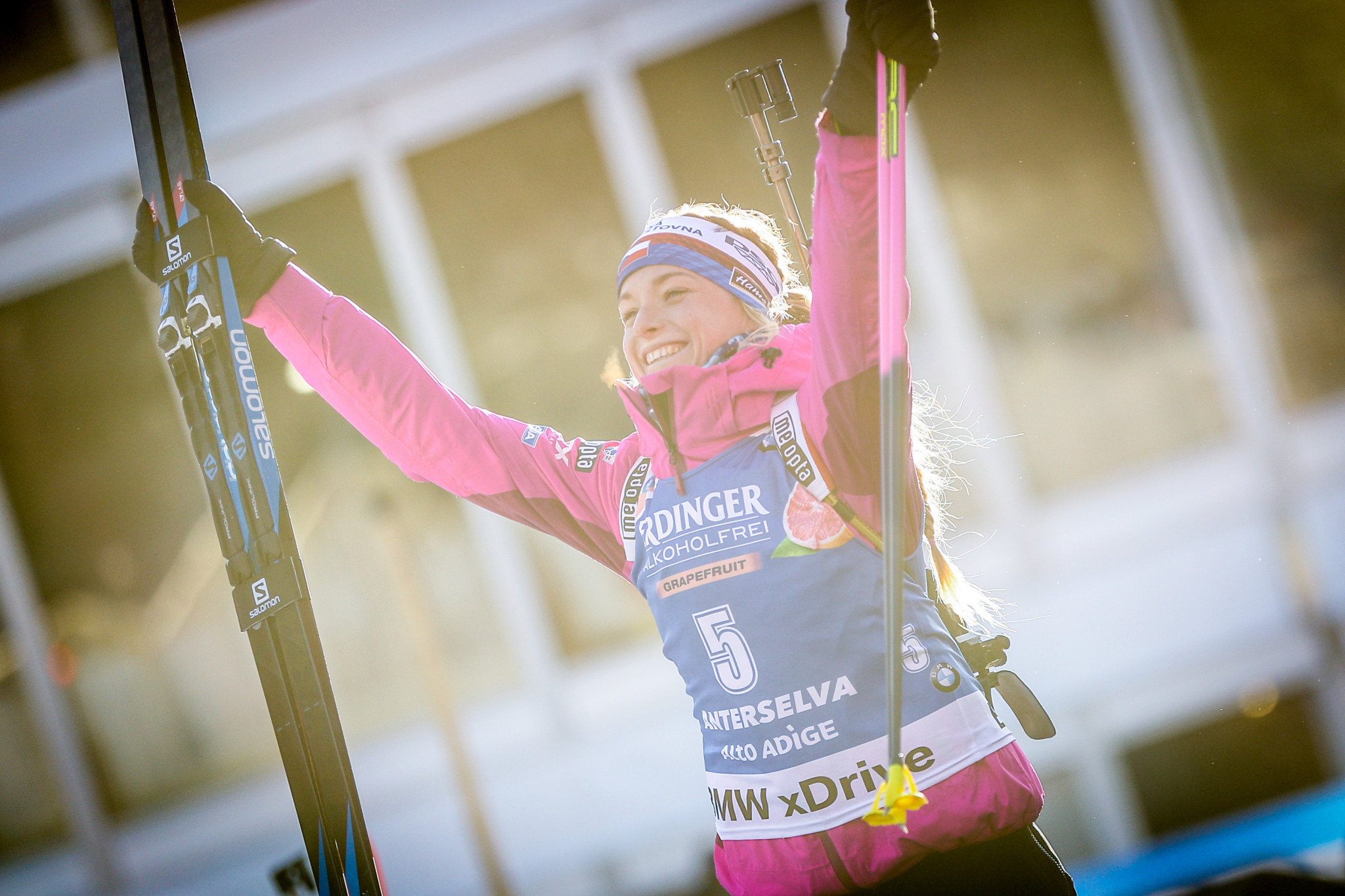 Last time out in Ruhpolding the 22-year-old could only finish 50th and her best sprint result this season prior to today was 19th in Oberhof.

Putting those results behind her the Czech found a new lease of life in Italy today and entered the elite club of World Cup winners, finishing first on the 7.5 kilometre course in a time of 21min 40.7sec.

Utter joy for Marketa Davidova! The Czech is bouncing up and down after secuing her first World Cup victory. #ANT19

In perfect conditions of blue skies, sunshine and little wind, Davidova also shot clean for a career best on the range.

Early on in the race it was home favourite Dorothea Wierer - the overall World Cup leader - who looked strongest by finishing the prone stage fastest, as Makarainen slotted into second place and Italy's Lisa Vittozzi third.

Coming out of the standing phase Davidova had claimed a three second lead but on the last loop she initially lost first place to Germany's double Olympic gold medallist Laura Dahlmeier.

The German at one stage built up a lead of seven seconds but then began fading and was surpassed by Daidova in the final 400 metres.

Tomorrow the World Cup will continue with the men's sprint, as Norway's Olympic champion Johannes Thingnes Bø looks to extend his dominance on the circuit.