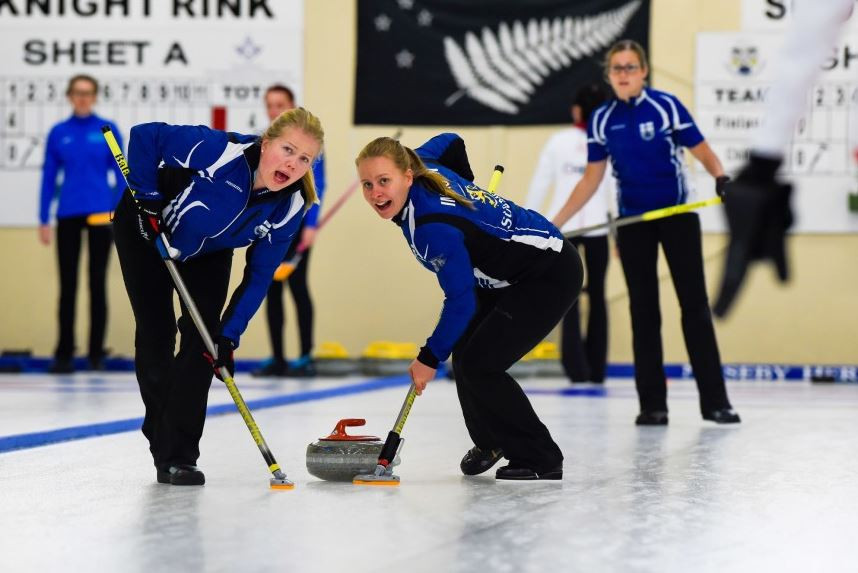 Finland’s women became the first team to seal a play-off spot at the World Curling Championship qualification event in New Zealand as they overcame China in New Zealand today.

With spots at this year’s World Championships in Denmark available for the eventual top two sides, Finland and China entered today’s match at the Naseby Curling Rink joint first in the women's table.

Finland recovered from 4-3 down after the fourth end to clinch a vital 8-6 win.

They then scored four points without reply in the fifth to take the lead, which they did not relinquish.

In the day’s evening session, Finland beat Estonia 8-5 to maintain their unbeaten record.

“We are so happy to become the first team to qualify for the playoffs,” their captain Oona Kauste said.

“The European Championships [where they finished second bottom after round robin play] was a big disappointment.

“We took time to decide what to do next.

“But we decided to work hard for a month and come here.

“There is still more work to do to finally qualify for the Worlds, but we are hopeful.”

China came back to beat Poland 9-3 in their evening contest, meaning they have also qualified for the play-offs.

Hungary sealed the third play-off spot with an 8-6 win over Brazil and followed that with a 12-3 win over Hong Kong.

In the men’s event, both England and South Korea won again to remain joint top of the standings with five wins from five.

England saw off Brazil 12-2 while the South Koreans scored nine against Australia without reply.

Poland beat The Netherlands 6-5 and hosts New Zealand saw off Denmark 8-2 in the other men's games held today.

Despite England and South Korea’s dominance so far, no men’s team has yet sealed a play-off spot.

That will happen tomorrow during the final day of round robin action.