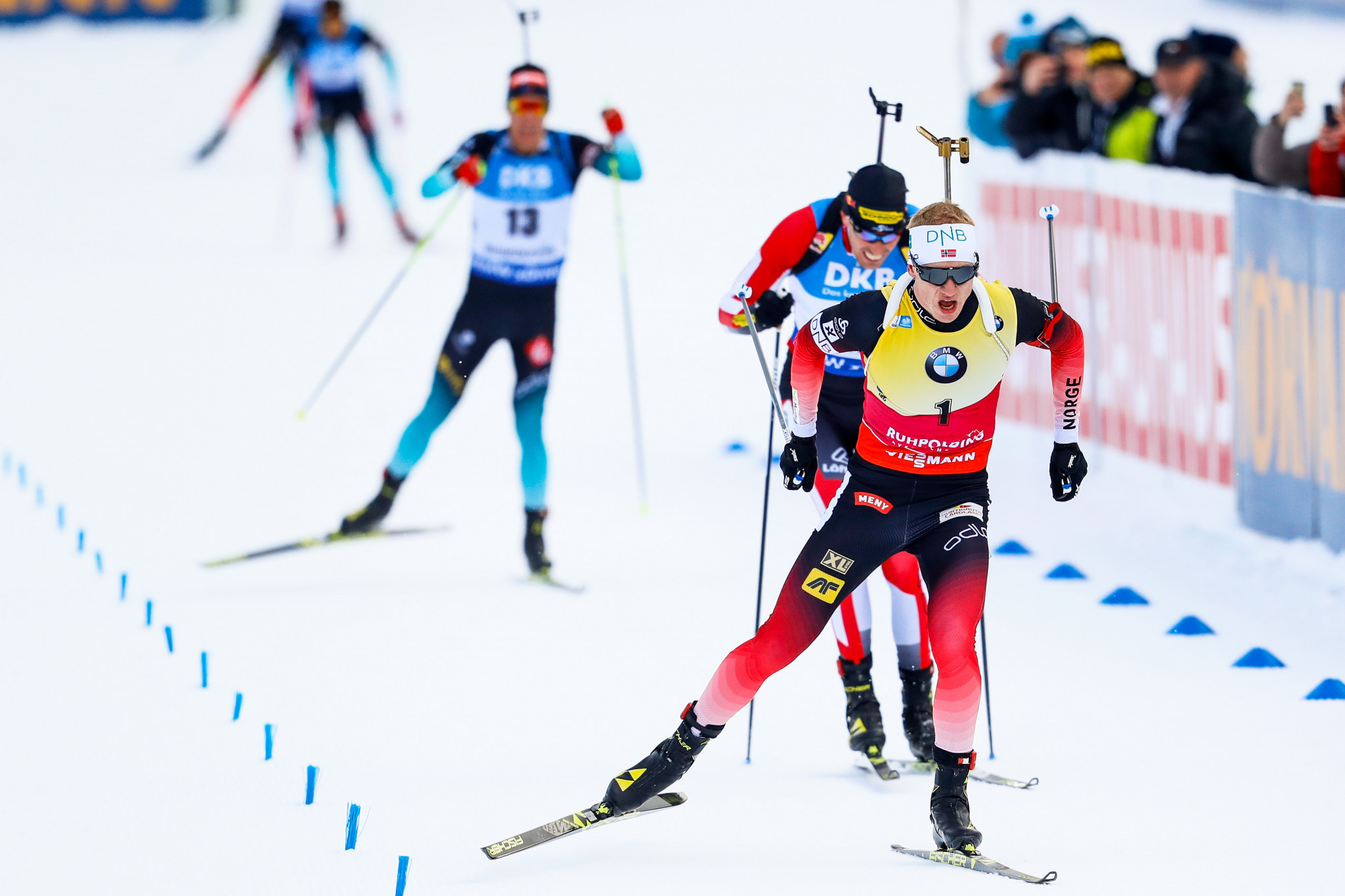 Johannes Thingnes Bø of Norway completed a hat-trick of victories at the International Biathlon Union World Cup event in Ruhpolding as he clawed back an eight-second deficit to win today's 15 kilometres mass start race.

The reigning Olympic 20km individual champion appeared to be out of contention when he was forced to ski the penalty loop in the late stages of the competition.

But the formidable Norwegian produced a stirring comeback to surge past the rest of the field and clinch victory in a time of 36min 43.8sec.

Bø earned a dramatic triumph just 0.6sec in front of Austria's Julian Eberhard, who was forced to settle for second place.

The bronze medal was claimed by Quentin Fillon Maillet of France, who finished 2.8 seconds behind the leader.

Victory for Bø saw him extend his lead at the summit of the overall standings as he now has 662 points.

"I felt quite focused and confident before the race today and had a good feeling for the 19 first shots," said Bø.

"Then made a mistake together with the others and then the race was totally open.

"Of course then I was thinking about making the podium, not the win.

"You have to try; it is great to have this hat trick here in Ruhpolding."

Germany's Franziska Preuß sealed the first World Cup victory of her career as she reigned supreme in the women's 12.5km mass start event.

Preuß held off the challenge of Norway's Ingrid Landmark Tandrevold, whose silver medal earned her a first World Cup podium, with a time of 32:34.00.

Tandrevold was just 0.2 seconds adrift of the German, who chose the perfect venue to clinch her maiden win on the circuit as she resides in Ruhpolding, while Slovakia’s Paulina Fialkova finished third.

The World Cup series continues with the latest leg in Antholz in Italy from Thursday (January 24) to Sunday (January 27).