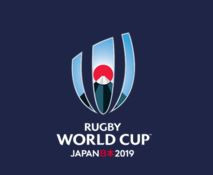 Following record demand across the 2018 ticket ballot phases, a limited number of around 200,000 are now available on a first-come, first-served basis.

Tickets for all 48 matches are available online and the sale will continue until either the tickets sell out or the end of the sales period just before midnight on March 31.

Organisers are expecting the ticketing website to experience high traffic levels and are encouraging fans to secure their tickets using the real-time ticket availability indicator on the site.

According to the Japan Times, more than 1.1 million of the 1.8 million tickets for the tournament, which will run from September 20-November 2, have already been bought up in previous phases.

World Rugby chairman Sir Bill Beaumont has claimed the World Cup is proving to be "the event to attend in 2019".