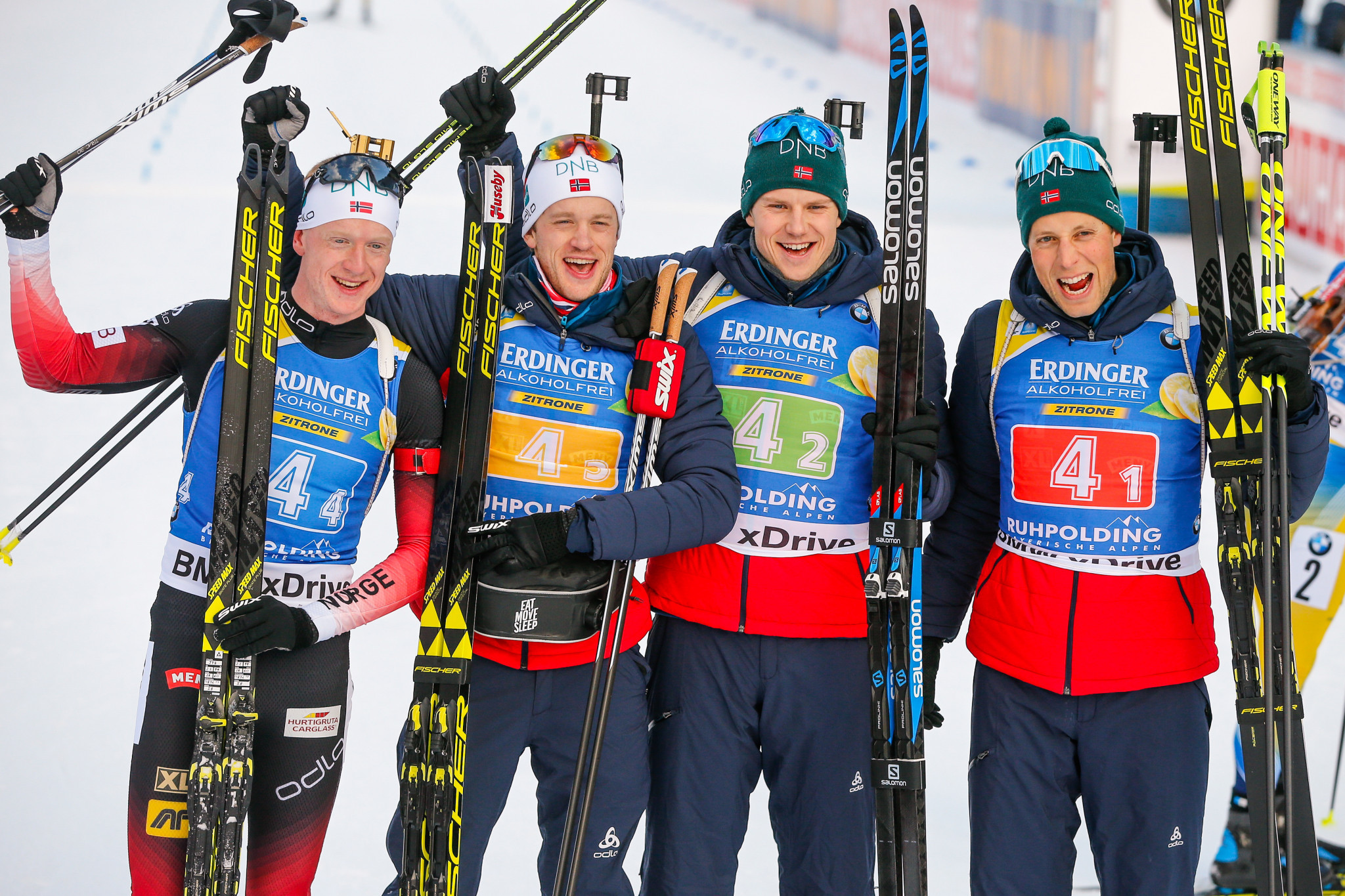 Johannes Thingnes Bø anchored his Norwegian team to victory in the men’s 4x7.5 kilometre relay at the International Biathlon Union World Cup in Ruhpolding in Germany.

Racing with his teammates Lars Helge Birkeland, Vetle Sjaastad Christiansen and his older brother Tarjei, Johannes brought the team home to victory in a time of 1hour, 9min, 54.2sec for their fifth consecutive relay title in Ruhpolding.

The result saw Johannes add to his victory in the 10km sprint yesterday,

Despite his strong form so far this season - he has won eight World Cup events so far during the campaign - Bø said he was “scared” about missing on the shooting range.

“Sometimes you cannot explain your feelings, you just try to do your best,” he said.

“I was so happy when I closed the last target.

“I felt quite strong.

"I did not know where to attack but tried on that hill and it worked.”

It was a thrilling men's relay that wasn't decided until the last 2.5 km! Enjoy some of the best pictures of the day and make sure to tune in for tomorrow's women's relay in #RUH19 🎉👏😄

With the flags on the shooting range motionless, the first leg began with racing evenly matched between Germany and Belgium, who were the only teams to go 10 for 10 on the first range.

Norway reached the first changeover down in fourth.

France’s Martin Fourcade took the lead at the start of leg two but he was replaced at the front by Norway’s Christiansen before the first prone stage.

At the second changeover, Christiansen had gained a 5.7 second lead, but Tarjei Bø then lost it meaning his younger brother took over just sixth tenths of a second ahead of Austria’s Julian Eberhard and Germany’s Benedikt Doll.

Thankfully for the Norwegians Johannes was in strong form yet again, and was able to push on to claim yet another victory for his country.

Tomorrow will feature the women’s 4x6km relay, before both men’s and women’s mass start races are held on Sunday (January 20).