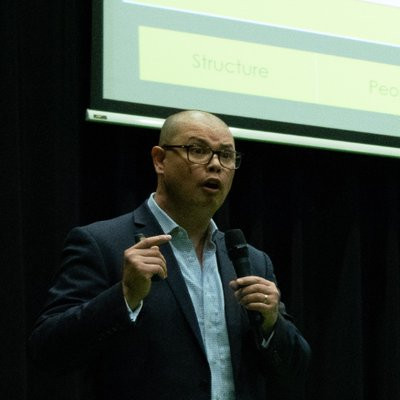 Matthew Curtain, the former Commonwealth Games Federation (CGF) director of sport and International Federations, is one of four non-executive directors to have been appointed to the British Weightlifting (BWL) Board.

He is joined by Jane Fenwick, Rupinder Ashworth and Neil Wood following what British Weightlifting describes as a "highly successful recent recruitment campaign".

They will all take up their positions with immediate effect.

Prior to this, he served the CGF as its first-ever director of sport and International Federations from 2014 to 2018.

"Delighted to be involved and part of the team," Curtain wrote on Twitter.

Delighted to be involved and part of the team. https://t.co/ugaVAL95eW

BWL claim Ashworth is vastly experienced at working with Boards and business owners to develop marketing strategies that translate into pragmatic workable actions that make a difference to business success.

He is currently leading the operational finance team as financial controller of City Football Group.

He is a sport science and maths graduate from Loughborough University and currently works closely with and advises the Audit Committee, Compensation Committee and the Board of an internationally-recognised elite sporting organisation in his role as financial controller at Manchester City Football Group.

Wood, who will chair the BWL Audit Committee moving forwards, is also said to bring a strong passion for sport and well-being to the Board.

BWL has also announced that two existing non-executive directors, Guy Taylor and David Knaggs, have agreed to serve another four-year term on the Board.

BWL is currently initiating the process to find a new independent chair, who will be in the post from March 31, 2019 onwards.

Further details are due to be released in the near future.

In August, it was reported that Britain's elite weightlifters had had to turn to crowdfunding in their attempt to qualify for the Tokyo 2020 Olympic Games, as the sport has hit rock bottom financially.