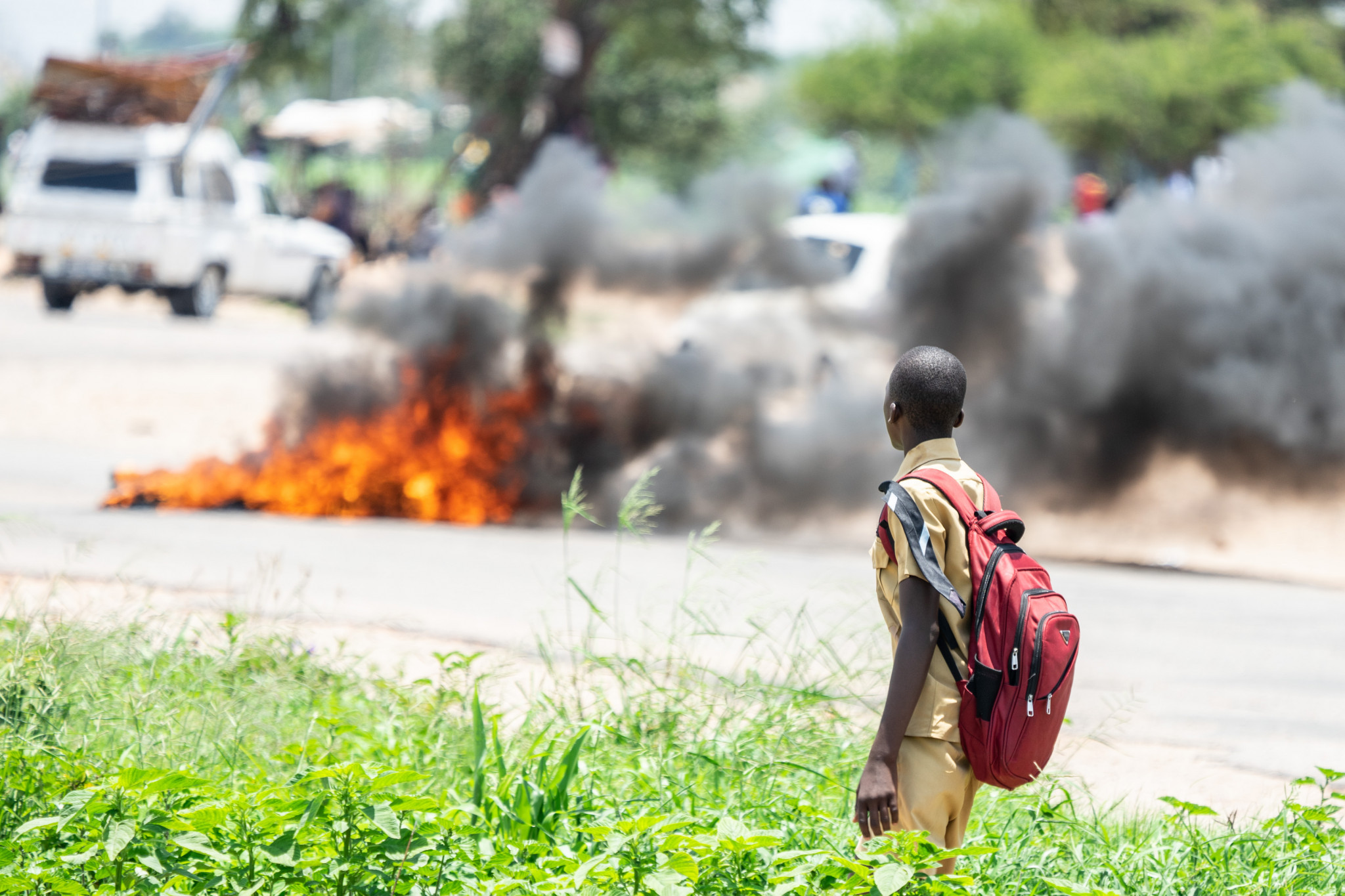 Kirsty Coventry has denied suggestions she has resigned as Zimbabwe’s Minister of Sport and condemned violence which has broken out in the country.

The International Olympic Committee (IOC) Athletes' Commission chairperson was responding to social media reports that she had resigned from her position following the outbreak of violence and protest action against the Government in Zimbabwe.

South African website Times Live claimed Coventry had come under pressure from “close family members and citizens” to resign from the Government.

Coventry, who yesterday attended a joint meeting between the IOC Executive Board and Athletes Commission in Lausanne, denied the claims she had resigned.

She called for an end to violence and suggested investigations need to take place.

“What has happened in Zimbabwe has saddened me immensely,” Coventry tweeted.

“I am sorry to everyone that has been affected by the recent events.

“Violence is never the answer and needs to be investigated and actions taken.

“We need peace so no one else suffers and we can rebuild our nation together.

“I'd like to make it clear that I have not resigned as Minister.

“Whatever the problems, sport can and should be part of the solution and I will pour my energies into uplifting our Youth, Sports and Arts, until I can no longer be effective and make the impact we need in our country.”

I'd like to make it clear that I have not resigned as Minister. Whatever the problems,sport can and should be part of the solution and I will pour my energies into uplifting our Youth, Sports and Arts, until I can no longer be effective and make the impact we need in our country.

Coventry became Zimbabwe’s Minister of Youth, Sports, Art and Recreation in September, after being appointed by President Emmerson Mnangagwa.

Violence has erupted in Zimbabwe amid a crackdown on protests against a rise in fuel prices in the country.

Fuel prices were increased by 150 per cent by President Mnangagwa, reportedly making them the most expensive in the world.

President Mnangagwa has claimed this would help to tackle shortages caused by an increase in fuel use and illegal trading.

This ultimately led to protests against the Government.

The Government is also struggling to boost the country’s ailing economy, which has enhanced criticism of the President, who has been seen to have struggled to fulfil promises made after his election last year in disputed polls.

The United Nations have expressed concerned over reports of “excessive use of force, including live ammunition” by security forces and alleged “generalised intimidation and harassment”.

Allegations of police beatings have also been made.

The Government have reportedly ordered a shutdown of the internet as protests continue.

Ravina Shamdasani, the spokesperson for the United Nations Human Rights Office of the High Commissioner, has called for Zimbabwe’s Government to end their crackdown.

“We are deeply troubled by the socio-economic crisis that is unfolding in Zimbabwe and the repression of large scale protests in the country, following the Government’s decision to increase fuel prices,” she said.

“We call on the Government to find ways of engaging with the population about their legitimate grievances and to stop the crackdown against protesters.

“People took to the streets to protest against economic austerity measures and the rise of fuel prices, which affect their already impoverished households and businesses, and limit access to basic goods and services.

“We support the call of the Zimbabwe Human Rights Commission for the Government to set up a national dialogue, with wide participation of all sectors, to find solutions to the economic challenges the country is facing.

“We urge the Government to work with the support of the international community to ease the current crisis.

“We call on the Government ensure that security forces handle protests and exercise their power - especially the use of firearms and live ammunition - strictly in accordance with the country’s international human rights obligations and the relevant principles, including legality, necessity, proportionality, precaution and accountability.

“State authorities have a duty to ensure people’s rights to freedom of expression, and to facilitate and protect the right to peaceful assembly.

“It is essential that all sides, including the protestors, refrain from the use of violence and seek to resolve the situation peacefully.”

“We call on the Government to carry out investigations into all reports of violence, including the alleged excessive use of force by security forces in a prompt, thorough and transparent manner, with a view to accountability.

“All those detained for the exercise of their rights to freedom of peaceful assembly and expression should be promptly released.”