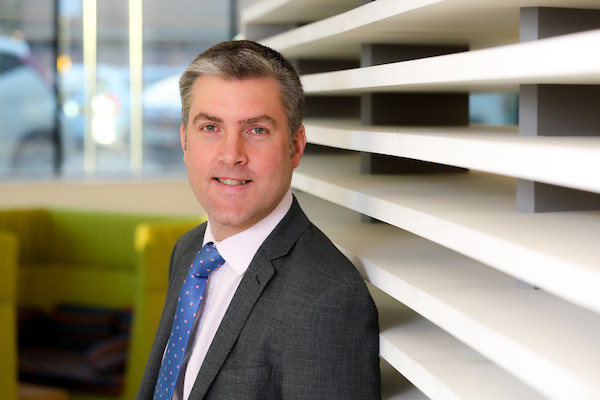 Birmingham 2022 have confirmed the appointment of Ian Reid as their new permanent chief executive.

The Scot will officially take on the key role for the next Commonwealth Games after serving as interim chief executive since May.

Reid previously served as chief financial officer when his home city of Glasgow hosted the Commonwealth Games in 2014.

He was then appointed to lead the commercial finance team at Funkin Cocktails, with his other roles including chief financial planner at the Glasgow Housing Association.

"I am delighted to have been confirmed as chief executive officer for the Organising Committee and it's an absolute honour to have been selected to lead the team," 41-year-old Reid said.

"Over the past eight months it's been obvious to me that people from across Birmingham and the West Midlands are excited about the fantastic opportunities that hosting the Games provides.

"I'm determined that we will deliver an event that the city, the region and the whole country can be proud of and I'm committed to continuing to work closely with all of our partners to achieve this aim."

The appointment of the chief executive comes more than a year after the English city was awarded the Commonwealth Games in December 2017.

John Crabtree, the chairman of the Birmingham 2022 Organising Committee, said he was "absolutely thrilled" at the appointment.

"To have someone leading the Organising Committee, who has first-hand experience of organising an event of this scale, has already been a massive advantage for us," he said.

"For a major international sporting event like this, it's essential that we have someone of Ian's calibre leading the team.

"He played a crucial role in the success of Glasgow and he knows exactly what needs to be done, so I'm delighted to have his continued involvement."

Birmingham was only awarded the Commonwealth Games after Durban in South Africa was stripped of the hosting rights for financial issues, so has a shorter time to prepare.

Action is scheduled to run in the English city between July 27 and August 7 in 2022.

"Having been a part of the Birmingham 2022 team since the honour of host city passed to us from the Gold Coast, Ian already knows what is needed to deliver a great Games here," said Birmingham City Council leader Ian Ward.

"His permanent appointment will ensure the progress already made is continued - and as the Organising Committee is likely to include more than 1,000 employees, I'm sure that those seven local people that have been recruited so far will be joined by many others very soon."