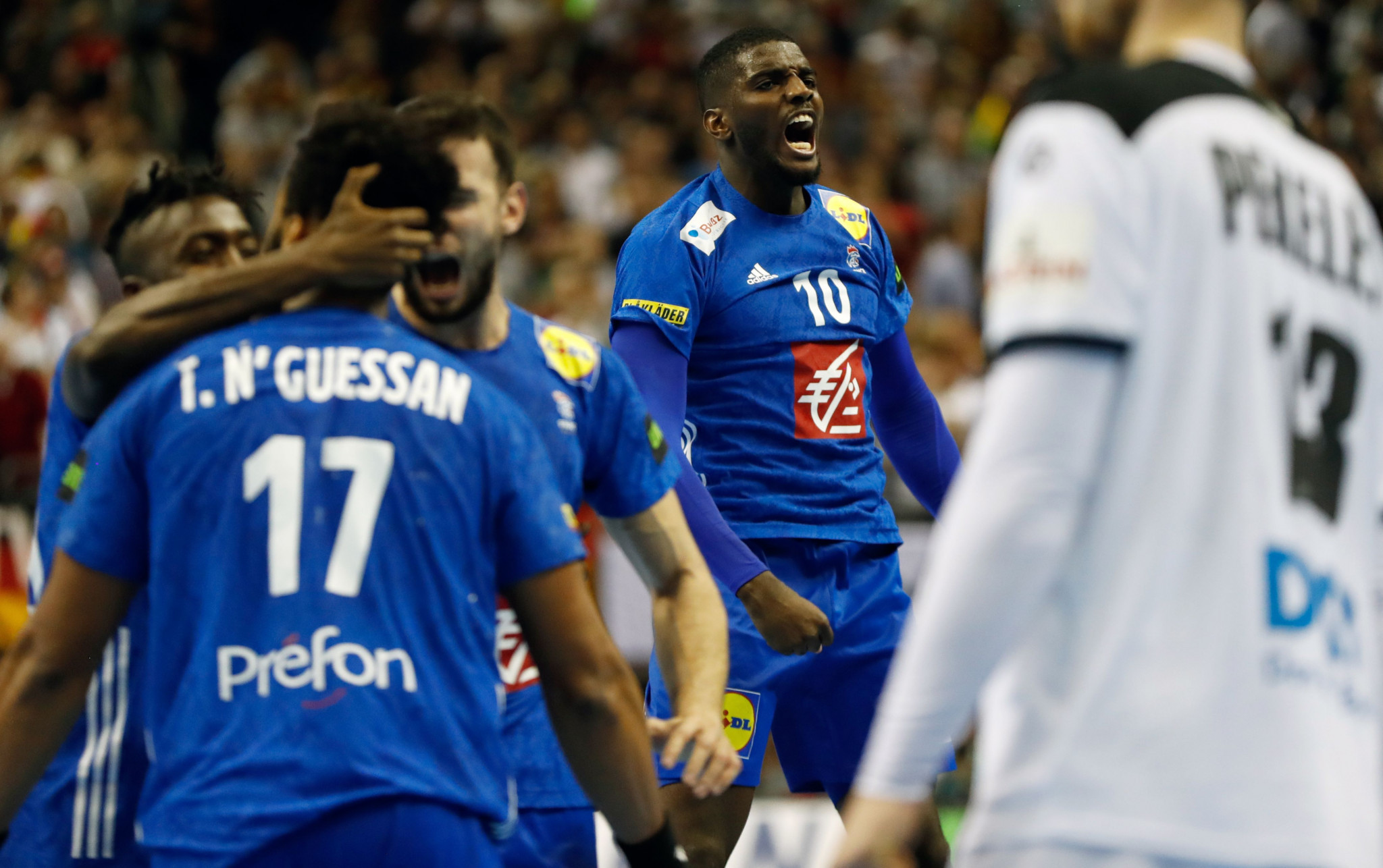 France were seeking a fourth consecutive victory in Group A as they look to take a step closer to a third straight world title.

Their opponents were seeking to bounce back after a late Russian equaliser saw them draw yesterday at the Mercedes-Benz Arena in Berlin.

History would repeat itself after a thrilling match, as while Germany led 12-10 at half-time and were ahead in the closing minutes, France scored in the closing seconds to tie the match at 25-25.

The draw was enough for both teams to progress to the main round, with France currently topping Group A on seven points and Germany a point behind in second.

Brazil secured a potentially pivotal 25-23 win over Russia to move level on points with their opponents, but they remain outside the top three on goal difference.

Russia’s place in the final qualifying spot to the main round could be under threat as they face France tomorrow, while Brazil meet winless Unified Korea.

The Koreans suffered a 31-29 loss to Serbia today, with the European nation holding an outside chance of reaching the main round.

They would likely require Brazil and Russia to lose their final matches, coupled with an surprise win over co-hosts Germany to stand a chance of progression.

While Group B and D enjoyed a rest day, a further three matches took place in Group C at the Jyske Bank Boxen in Herning.

Co-hosts Denmark eased into the main round as a 28-17 success against Austria gave them a fourth straight win.

Norway thrashed Chile 41-20 to join the Danes, with both teams having the same record and goal difference.

The two will meet on Thursday (January 17) to determine the group winners, with points potentially key as results will be carried over to the main round.

After losses to Denmark and Norway in their opening fixtures, back-to-back wins over Saudi Arabia and Chile have seen Tunisia move into the final qualifying spot.

Their 24-20 win over Saudi Arabia has seen the African nation move onto four points, meaning a draw in their final match with Austria would take them into the main round.

Austria and Chile could still qualify for the main round, although the latter would require a narrow Austrian win over Tunisia coupled with a dominant win over Saudi Arabia.

Group B and D will play their penultimate fixtures tomorrow, with all groups concluding the following day.