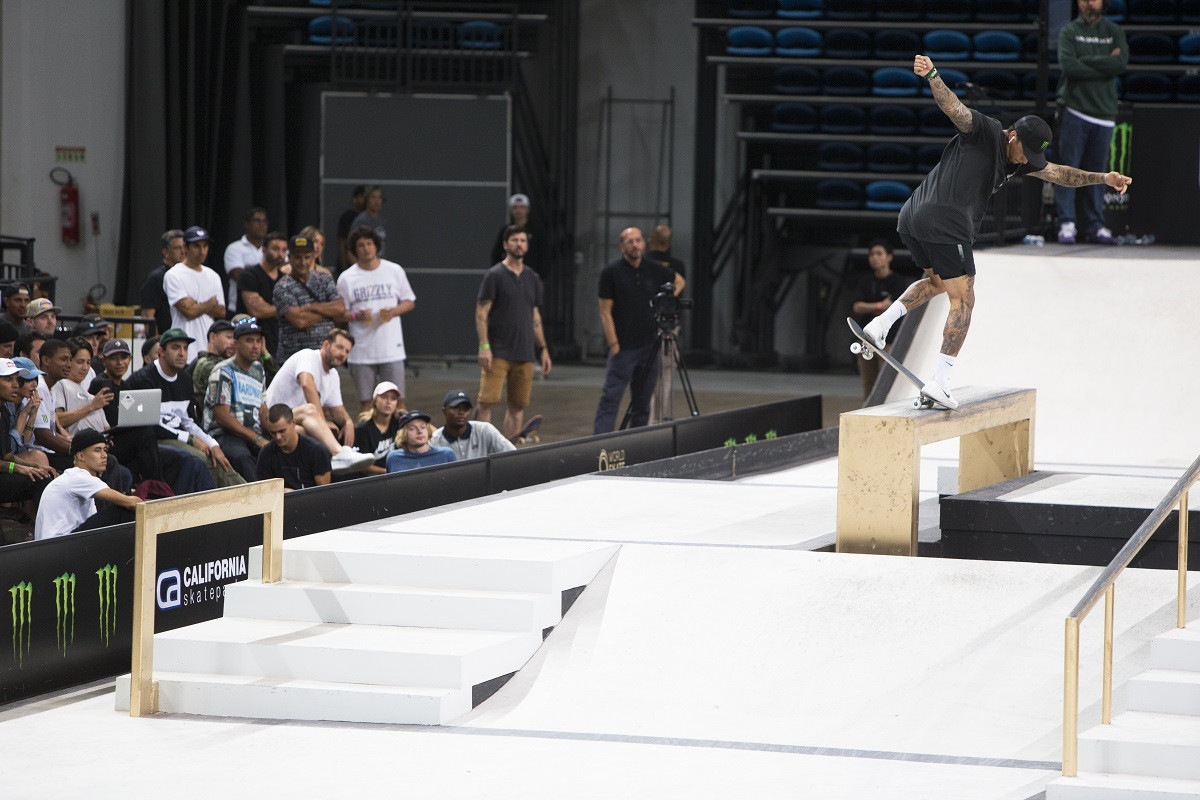 In the men's final, five-time world champion Huston scored a total of 37.6 points to triumph at Arena Carioca One.

He beat nearest challenger Kelvin Hoefler of Brazil by a narrow margin of 0.6 points, much to the disappointment of the home crowd.

The bronze medal went to another Brazilian, Felipe Gustavo, who finished a further 1.5 points behind.

The women's final saw 17-year-old Nishimura prevail with a score of 32.6 points.

She earned the gold medal with an advantage of just 0.1 points over home favourite Leticia Bufoni, the 2015 champion and runner-up in 2016 and 2017.

"I wasn't feeling so well physically but I did the best I could today," Nishimura was reported as saying by Kyodo News.

"I'm so happy and it's still hard to believe."

Two-time defending champion Lacey Baker of the US rounded out the podium, ending up 4.1 points back.

The top four scores from the seven attempts were aggregated to produce the overall scores.

The men's competition comprised four rounds, while the women's event was made up of three.

Both started with a global open qualifier.

"It has been an amazing World Championship and a great contest," World Skate President Sabatino Aracu said.

"We believe in this winning format that makes it possible to involve the highest number of countries and skaters thanks to the global open qualifier round.

"I think it makes skateboarding even more democratic, giving anyone the chance to skate and opportunity to win a medal.

"This is the true role of a federation."

The SLS World Championships was the final step of the 2018 World Skate SLS Tour.