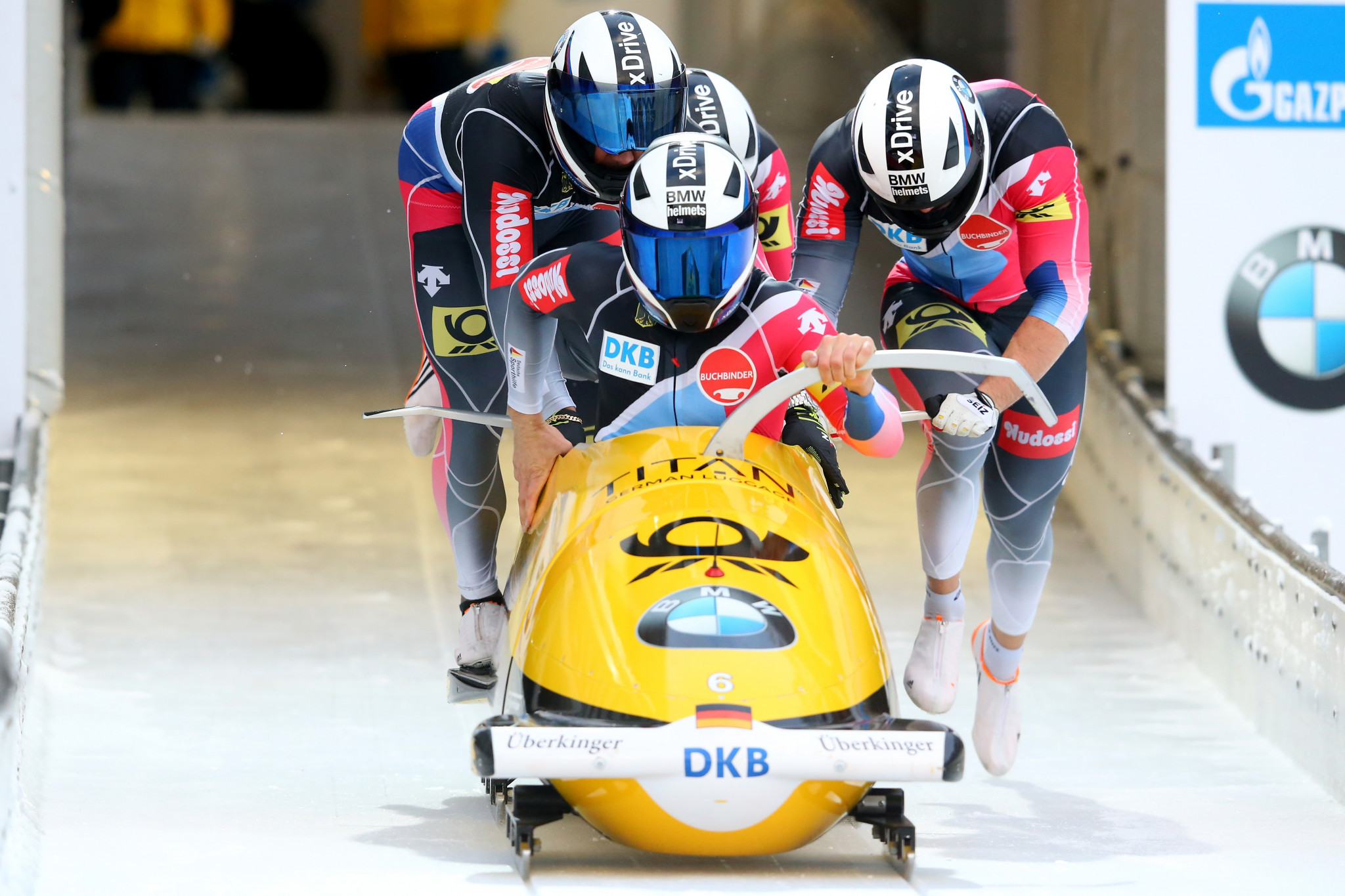 Hosts Germany claimed their third gold from three races as the International Bobsleigh and Skeleton Federation World Cup in Königssee, which doubled as the European Championships, came to an end.

Germany also won the four-man Olympic title last year in Pyeongchang, although three of that team, which was made up of Francesco Friedrich, Candy Bauer, Martin Grothkopp and Thorstein Margis, could only finish third today.

Margis was replaced in today's line-up by Alexander Schueller.

They took second place on the podium with a time of 1:37.92, 0.18 seconds slower than the winning German team, while the bronze medallists' combined time after two runs came in at 1:37.96, another 400ths of a second slower.

The result means Germany grabbed their third gold of the competition, having also won both the men's and women's two person bobsleigh events yesterday.

Skeleton action was cancelled due to poor weather conditions.

In today's contest Canada's four-man team of Justin Kripps, Ryan Sommer, Cameron Stones and Benjamin Coakwell finished highest among the non-European teams in fifth, with a time of 1:38.61.