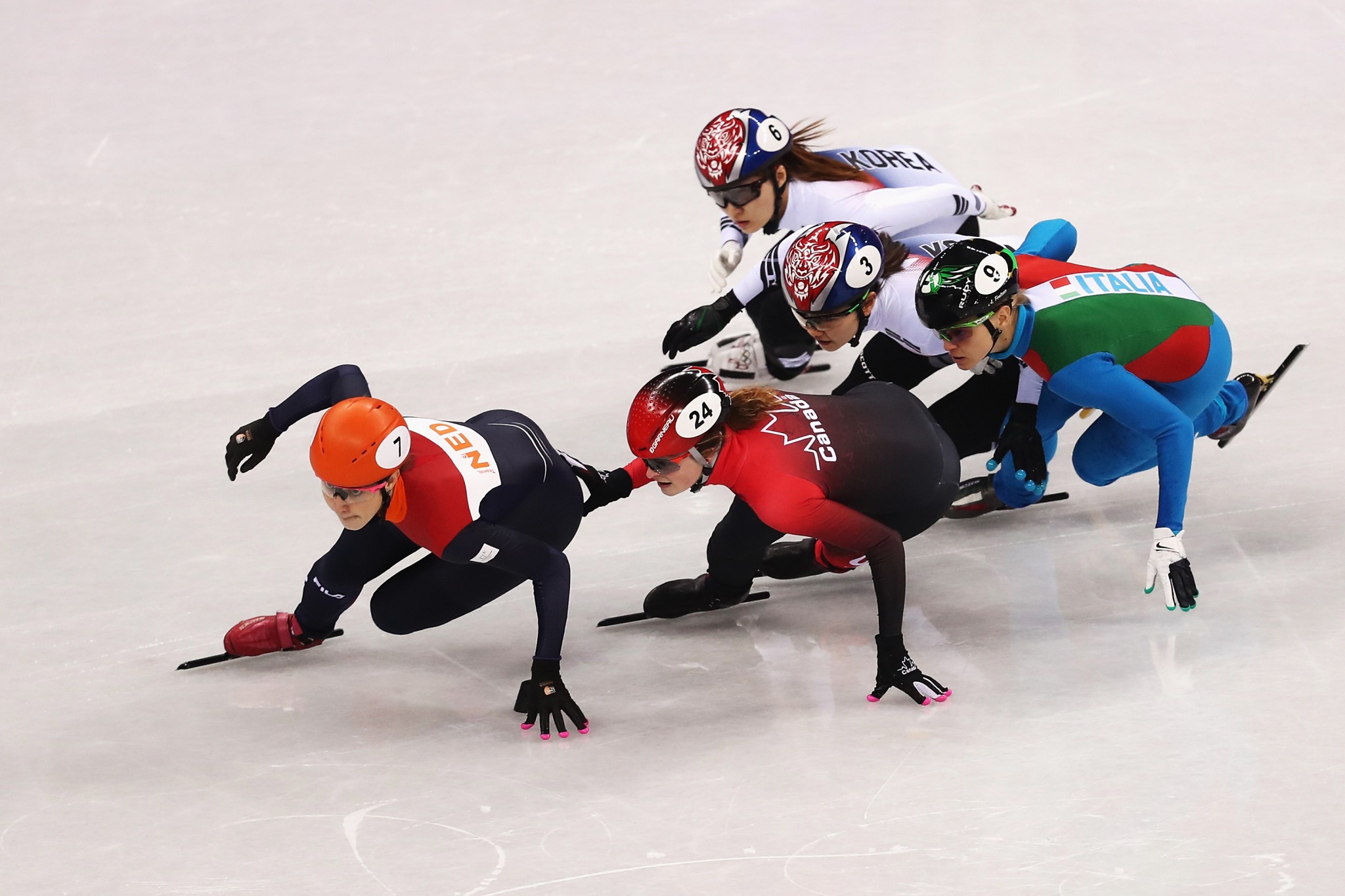 Schulting qualified as the fastest women in the 500 metres event in front of a home crowd at the Sportboulevard, winning her heat in 44.068sec.

The 2018 Winter Olympic champion finished just ahead of Great Britain’s Elise Christie, who also qualified with a time of 44.119.

Christie is returning to competition after crashing out or being disqualified from every event in which she took part in at Pyeongchang 2018.

In women’s 1,500m, which began at the quarter-final stage, Belgium’s Hanne Desmet entered the semi-finals with the fastest time of 2min 27.514sec, almost two seconds quicker than any of the other heat winners.

It was Russia's Ekaterina Efremenkova who was the fastest qualifier overall in that event with 1:32.391.

In the men's competition, the fastest in the 500m heats was Hungary’s Shaoang Liu, who won heat two in 41.309, while his brother Shaolin Sándor qualified by winning his heat in 42.079.

Bykanov then secured another fastest qualifying time in the 1,000m event with a time of 1:25.761.

The Hungarian team of Csaba Burján, Cole Krueger, Isaac William, Sándor and Alex Varnyu were the fastest in the men's event with 6:52.755.