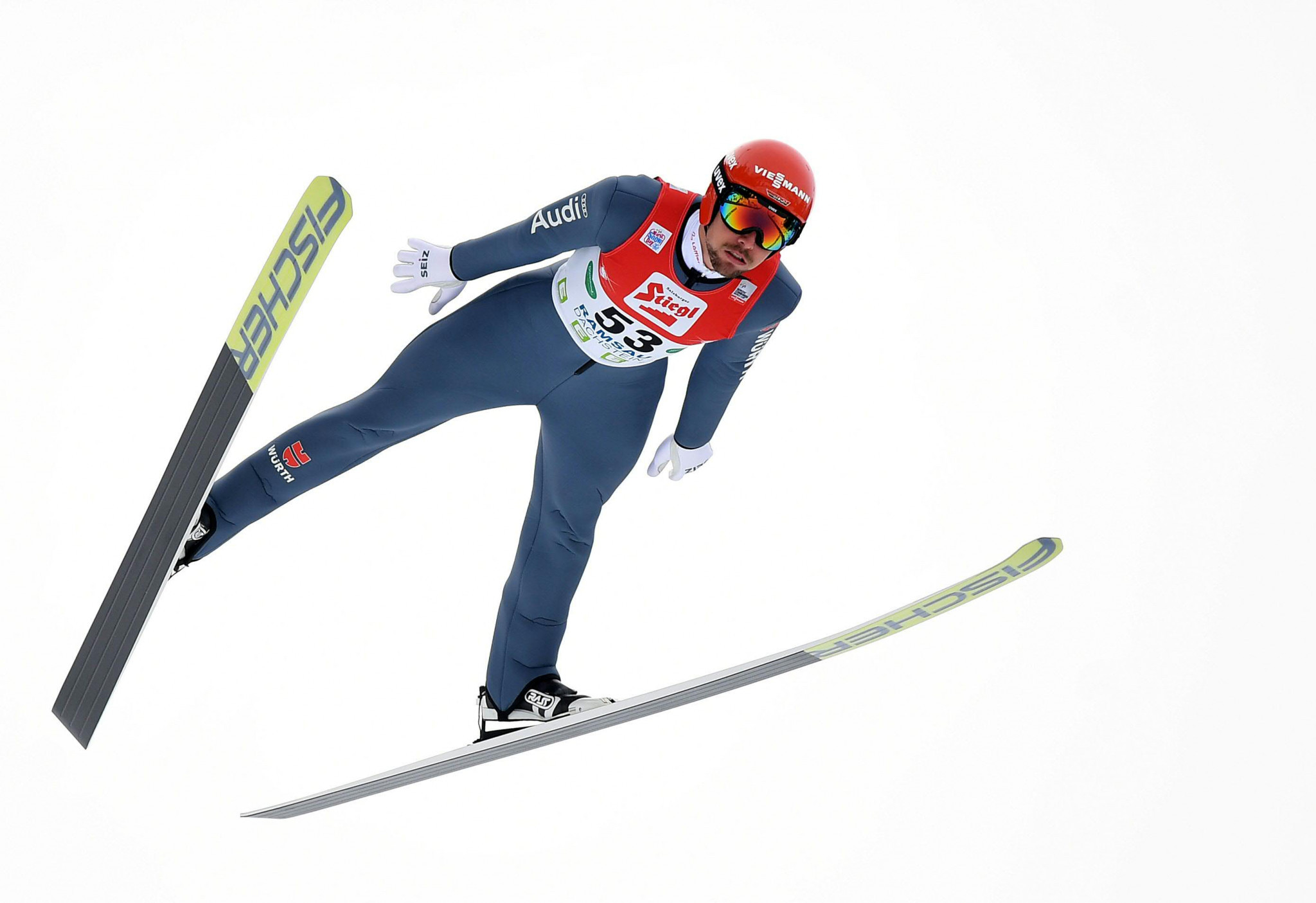 The 27-year-old, the individual and a team large hill gold medallist at Pyeongchang 2018, clocked a time of 26min 58.4sec to finish 5.9 seconds ahead of Norway’s Joergen Graabak, who performed well at one of his favourite venues.

Austria's Mario Seidl led after the ski jumping, but had to settle for third overall, 7.1 seconds behind, after finishing 23rd in the cross-country segment.

Seidl won the ski jumping round with a leap of 131.5 metres and a score of 143.4 points and, after the disqualification of his team-mate Franz-Josef Rehrl, he had to start the race by himself, 39 seconds ahead of Norway’s Jarl Magnus Riiber, who registered 128m today.

Russia’s Ernest Yahin was third after a strong performance of 127.5m and started 40 seconds after Seidl.

Rydzek and one of last year’s Val di Fiemme winners, Graabak, were a fast-chasing duo, starting their races from positions five and six with delays of 52 seconds each.

Even though many thought Seidl would not stay in the lead for a very long time, it was actually not until the last lap that pursuers finally caught up with the Austrian.

Going out on the last lap, Seidl still had a 25-second advantage and it looked like the chasing foursome - consisting of Japan’s Akito Watabe, Graabak, Rydzek and Riiber, who was caught by the other three athletes on the third lap - were not totally united in their quest to closing the gap.

In the end, Rydzek and Graabak pushed hard to close the gap to Seidl, while Watabe and FIS Nordic Combined World Cup leader Riiber were no match for the two fast skiers today.

Rydzek went all in on the last uphill to close the gap to Seidl and with Graabak having to go around the Austrian first to pursue the German, the important seconds to stay on the Olympic champion's heels were lost to the Norwegian.

Riiber minimised the damage with a fourth-place finish, 24.5 seconds after Rydzek, while Watabe was 29.6 seconds back in fifth.

Action in Val di Fiemme is due to continue tomorrow when a team sprint race is scheduled to be held.