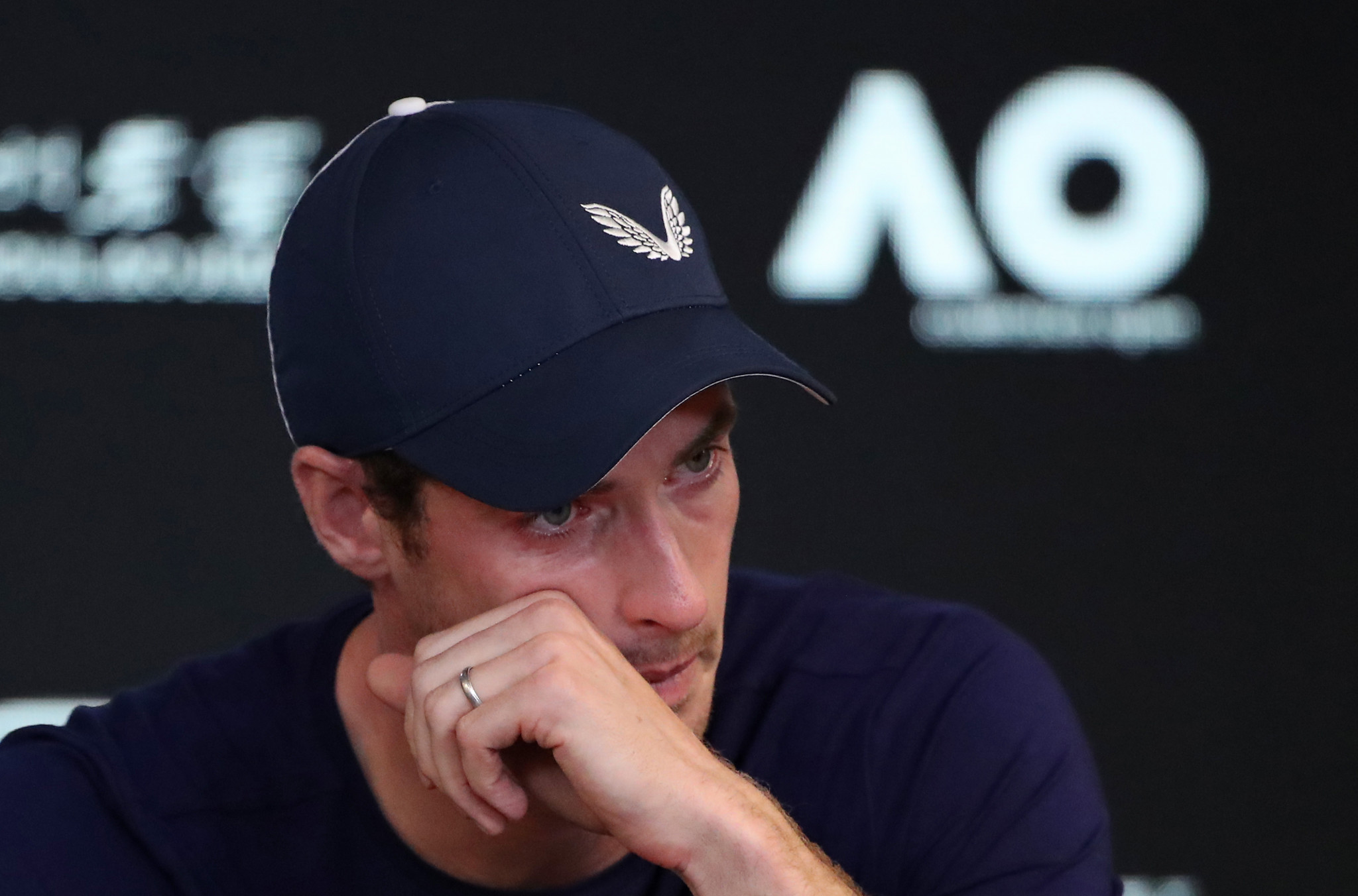 Three-time Grand Slam winner Andy Murray has admitted the Australian Open could be the last tournament of his career, with the Briton targeting retirement at Wimbledon due to a long-standing hip injury.

Murray, a double Olympic singles gold medallist, made the declaration at a press conference prior to the Australian Open due to begin on Monday (January 14).

The 31-year-old Briton withdrew from last year’s Grand Slam event due to ongoing hip problem before announcing he had undergone surgery.

He missed the French Open and Wimbledon last year as his rehabilitation continued, while he only played sporadically after making his Grand Slam return at the US Open.

A tearful Murray admitted today the pain had become too much and that he had set his sights on Wimbledon as an end point for his career.

"I’ve been in a lot of pain for about 20 months now," said a tearful Murray.

"I’ve tried everything I could to get my hip feeling better. It hasn’t helped loads, I’m in a better place than I was six months ago, but I’m still in a lot of pain.

"I can still play to a level, but not to a level that I’m happy at, but also it’s not just that.

"The pain is too much really, I don’t want to continue playing that way.

"In the middle of my training block back in December I spoke to my team, I told them that I can’t keep doing this, that I needed an end point, because I can’t keep playing with no idea when the pain will stop."

Murray, who played 14 matches since returning from injury last June, is set to face Spain’s Roberto Bautista Agut in the first round of the Australian Open next week.

The former world number one admitted he was unsure whether he would be able to carry on playing until Wimbledon due to pain, which could make the Australian Open his final tournament.

He also revealed further hip surgery was an option but it would be with the intent to ensure a better quality of life, rather than return to the sport.

"I told my team that I’ll try and get through this until Wimbledon," Murray said.

"That’s where I would like to stop playing, but I’m also not certain I’m able to do that.

"I think there is a chance of that for sure because I’m not sure I’m able to play through the pain for another four or five months.

"I have the option to have another operation, which is a little bit more severe than I’ve had before, which is having my hip resurfaced.

"It would allow me to have a better quality of life, to be free of pain.

"That’s something I’m seriously considering right now, to then come back to competing, but there is obviously no guarantee with that.

"The reason to have that operation is not to return to professional sport, it’s just for a better quality of life."

Murray had endured several near misses at Grand Slam events during his career, including suffering defeat at Wimbledon in 2012.

He returned to the venue at a home Olympics in London where he clinched the gold medal against Switzerland’s Roger Federer, the man who had beaten him in the Wimbledon final.

Murray then beat Serbia’s Novak Djokovic at the US Open final in the same year to become the first Briton in 76 years to win a Grand Slam event.

He then ended a 77-year British wait for a male winner of Wimbledon, following on from Fred Perry, beating Djokovic again in 2013.

Murray was also pivotal as Britain earned this first Davis Cup title for 79 years when they overcame Belgium in the 2015 final.

This was followed by a second Wimbledon title in 2016 and the successful defence of his Olympic singles crown in the same year, with his achievements ultimately leading to Murray being awarded a knighthood.

Injuries have since hindered his career, leading to his announcement.