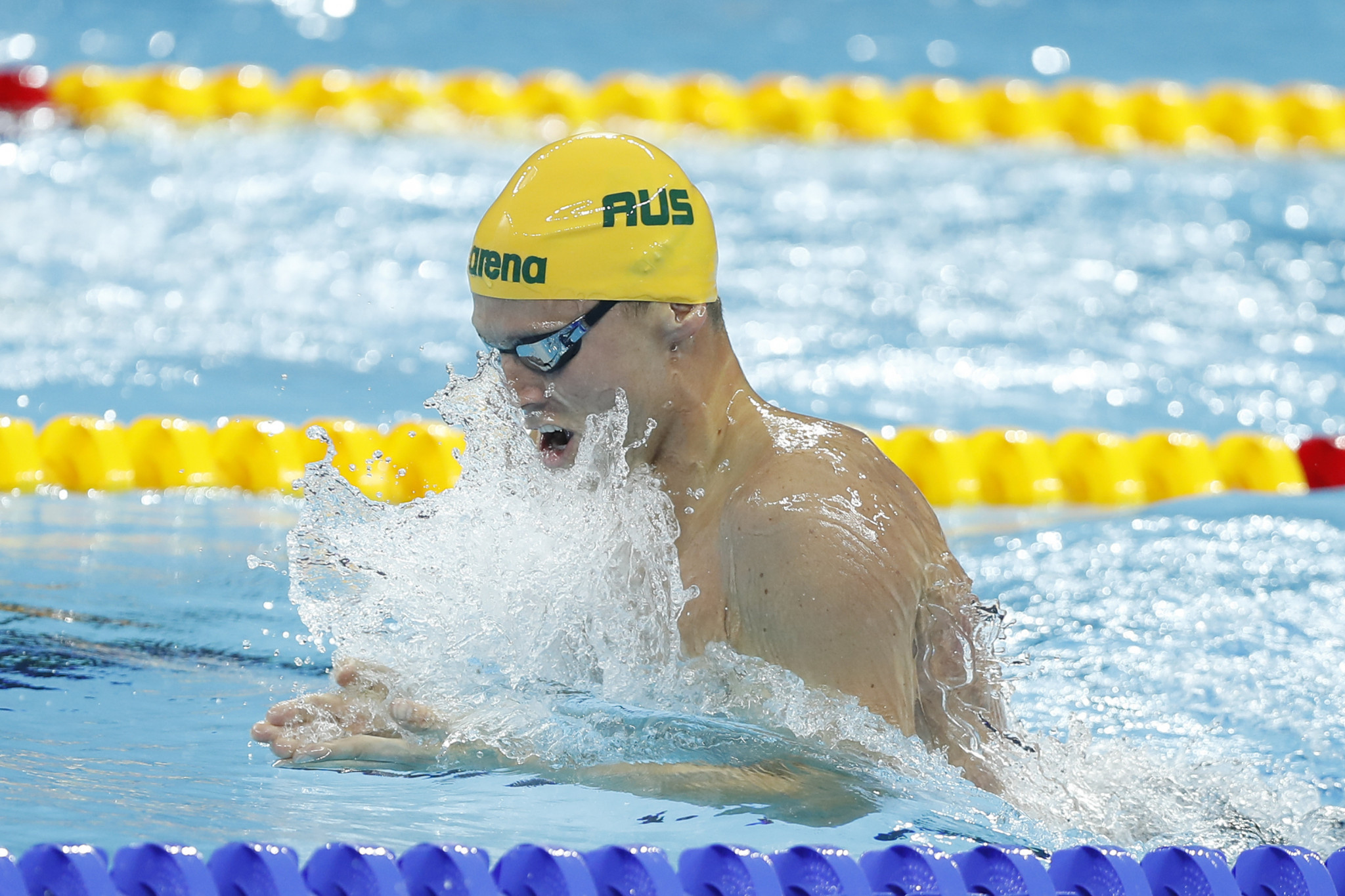 Australia's Thomas Fraser-Holmes has expressed concern over the International Swimming League's (ISL) vow to exclude every swimmer who has been sanctioned for a doping offence.

Fraser-Holmes was handed a one year ban from the sport in 2017, after the Rio 2016 Olympian missed three drug tests.

The suspension ruled the triple Commonwealth Games medallist from competing at the 2018 event in Gold Coast, but he returned in impressive fashion at last month's World Short Course Championships in Hangzhou, China.

He secured a silver medal in the men's 400 metres medley event after finishing behind Japan's Daiya Seto.

While he is free to compete following the conclusion of his ban, Fraser-Holmes would be barred from competing in the proposed ISL, an organisation which has emerged as a rival to the International Swimming Federation (FINA).

Billed as one of the selling points of their potentially lucrative series, the ISL have vowed to not allow athletes with a doping offence to their name to compete.

Fraser-Holmes, in an interview with The Australian, suggested cases should be judged on their merits rather than the blanket ban.

"It is what it is," he told the newspaper.

"They came back and said to me that because the sport of swimming needs to be protected from doping, they had to take a stand.

"I get what ISL is about, but surely there has to be a distinction in a doping offence between a whereabouts violation and a positive test.

"They are not in the same basket.

"Each case on its merits.

"There have been those who have re-offended on multiple occasions and people like me who have had a mishap."

Fraser-Holmes reportedly said he would not seek to change the ISL's policy.

The ISL held a summit last month in London, which was billed as an opportunity for more than 30 of the world's best swimmers to hear from experts in law, labour relations and business.

The summit was held amid their ongoing dispute with FINA, who refused to sanction an event associated with the ISL in Turin.

Despite the dispute, the ISL admitted they had hoped FINA would work with them on technical aspects of hosting swimming events, as well as on anti-doping.

It is unclear whether the ISL would be able to bar athletes with doping sanctions, with sports courts consistently ruling against life bans.

The ISL claim they will launch a regular season this year with 12 clubs featuring, split evenly between Europe and the United States.

Around 360 swimmers would feature in the teams, with the top four clubs from Europe and the US advancing to a semi-final.

The semi-final and final is expected to take place in Las Vegas at the end of 2019.

The ISL have claimed FINA's newly formed Champions Series, announced last month, is a "shameless cut and paste" of their ideas.

FINA's event will see swimmers grouped together on a continental or sponsorship basis, with each team comprising of 12 men and 12 women as the ISL had also planned.

Swimmers critical of FINA have supported the ISL as they claim the world governing body does not offer enough high-level competition opportunities or prize money.

The cancellation of the Turin event led to two civil lawsuits being filed against FINA, with the first brought forward by the ISL.

The ISL had claimed FINA had vowed to ban swimmers who competed in the unsanctioned competition, which could put their place at the Tokyo 2020 Olympic Games in jeopardy.

FINA have denied this was the case.

Fraser-Holmes reportedly suggested the ISL concept could be unsustainable should FINA opt to sanction swimmers.

He supposedly mooted the rival league hold off on the launch of their event until after Tokyo 2020, before reaching a settlement with FINA which could see the organisations merge.