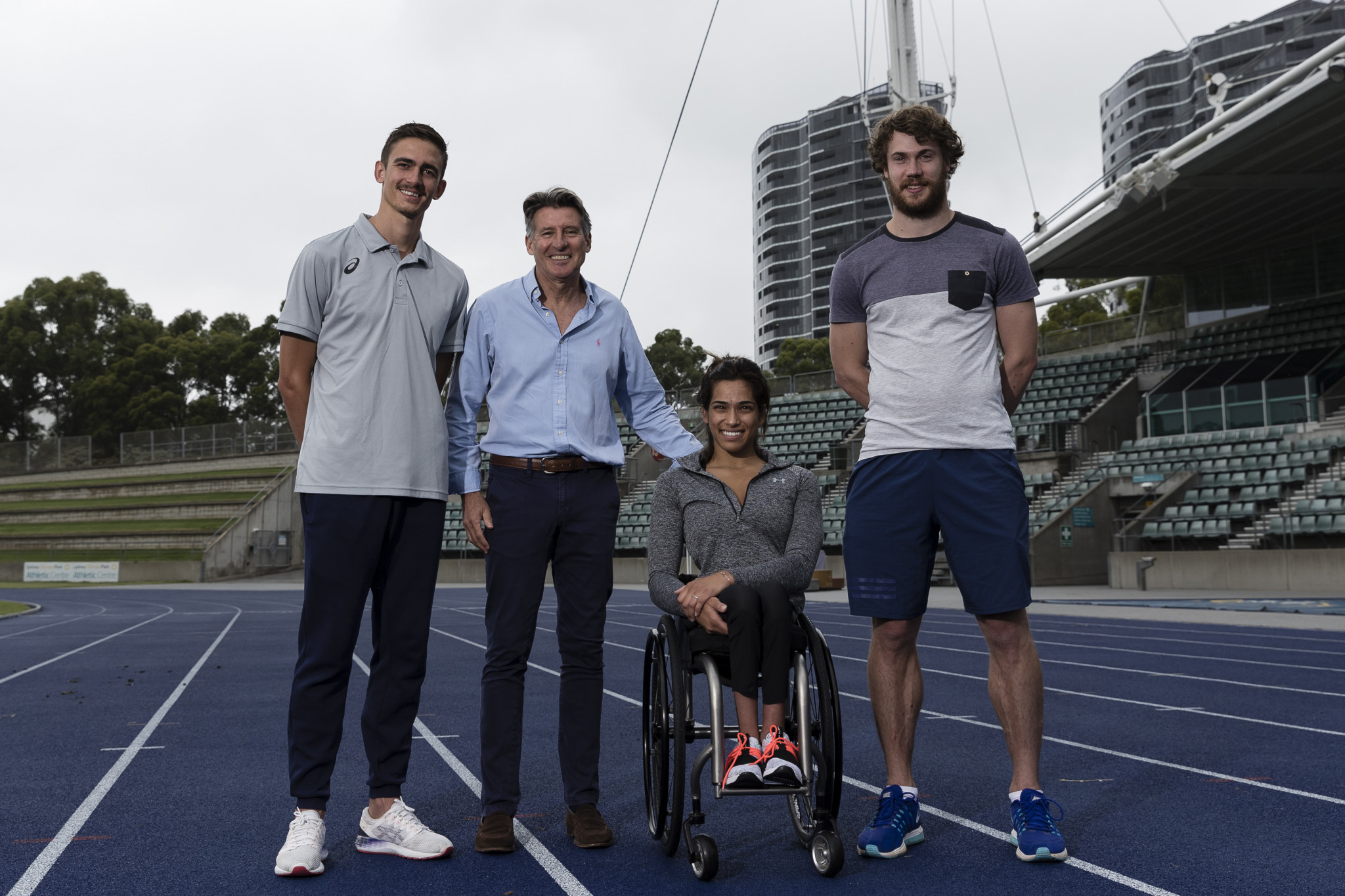 It forms part of a pilot programme to measure air quality at stadiums around the world.

It is the third to be installed at an athletics stadium as part of the IAAF's five-year partnership with United Nations Environment, which is designed to create greater global awareness and promote action on air pollution.

The ultimate aim of the programme is to develop an air quality monitoring network linking 1,000 IAAF-certified tracks around the world.

"We are all advocating and promoting more active lifestyles across the age spectrum and in all communities in order to fight the increasing sedentary lifestyles which in themselves cause heart disease, diabetes and other prolonged medical illnesses," Coe said at the installation ceremony.

"But with over half the world's population living in urban areas in 2015 and rising to a predicted 60 per cent by 2030, according to the World Health Organisation (WHO) - that is double the 30 per cent of the world’s population who lived in urban areas back in 1950 - it is vital that we ensure we are not swapping one set of serious health risks for another.

Coe also warned that smoggy cities could be ruled out as future hosts for IAAF events, including the biennial World Championships, on safety grounds.

"If we're being hard-nosed about it, I think we need to start thinking about [air quality] in terms of maybe our bidding process as well," he was reported as saying by the Australian Associated Press.

"We want to be able to drive change and if cities are actually not able to bid for events because they haven't got their air quality under control."

Arbib added: "We are very supportive of the IAAF’s decision to make the Sydney Olympic Park Athletics Centre the third stadium around the world to receive an air quality monitor.

"Air quality is something we mostly take for granted in Australia, but air pollution has a direct impact on the health of our population and as we have seen globally, the consequences can be dire if pollution reaches high levels over prolonged periods.

"We welcome the leadership of Sebastian Coe and the IAAF on this important issue and urge all Governments and sporting federations to keep environmental and climate challenges at the front of their minds at all times."

The IAAF's goal is to help the global efforts of organisations like UN Environment and WHO by gathering data, conducting studies and helping to raise awareness and educate people on air quality.

Its ambition is to install a clean air monitor in all 1,000 IAAF-certified tracks around the world over the next five years in partnership with the UN Environment Programme.

The data will be available to the cities the tracks are in and, in time, it is hoped it will enable the IAAF to conduct meaningful performance studies with athletes who train and compete on these tracks and in these stadiums, and use this information to benefit communities.

The IAAF has already launched devices in Monaco, in September, and Ethiopia's capital Addis Ababa, in November.

"It’s a big ambition and we have started small," Coe said.

"We are installing air quality monitors in six athletics stadiums in different parts of the world - in Monaco, Addis Ababa, Sydney today and Mexico City, South America and Japan being installed over the next two months.

"We will run this pilot for the best part of a year to understand more about the data we can collect and, in that time, we hope to conduct one or two controlled studies on athlete performance and how their performances correlate to the quality of air they are breathing.

"The sport of athletics is run through member associations based in 214 countries.

"We are bigger than the United Nations.

"We want to use our know-how, our voice and our athletes to bring this issue to the forefront of both policymakers and the public.

"We need to act now.

"We need more awareness based on solid facts, we need more education on the impact of poor air quality on our communities and our children, and we need more voices to demand better policies around pollutants."

The monitoring devices, produced by the Spanish firm Kunak, will collect real-time air quality data, measuring levels of several pollutants including PM2.5 (particles), PM10, O3 and NO2, which research shows are the four main elements that have an impact on the performance of athletes.