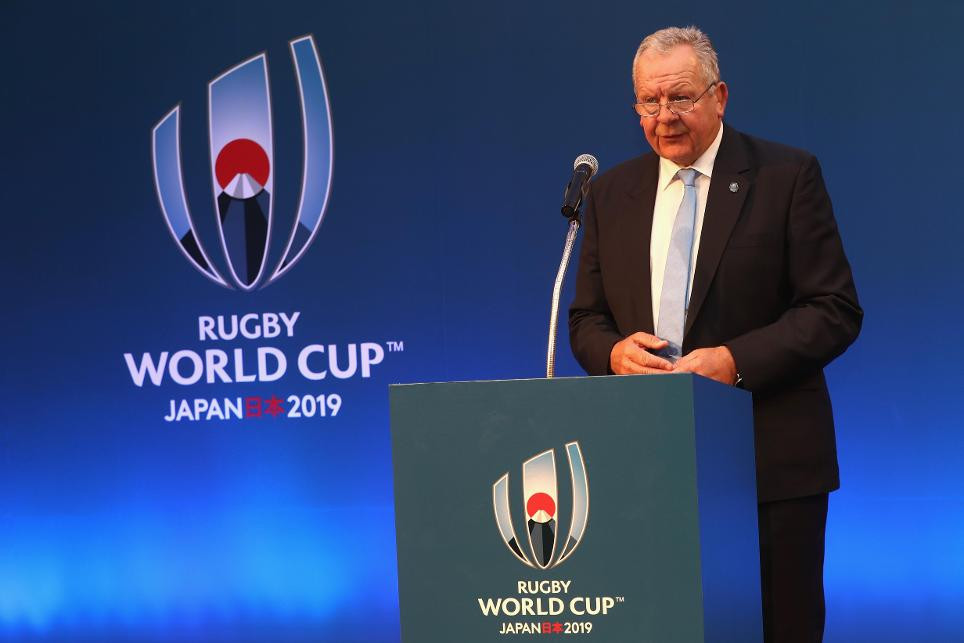 In a New Year's address, the newly knighted Sir Bill said 2018 had seen record participation levels and fan-base growth which has set "the perfect stage" for rugby's flagship event.

"Rugby is all about teamwork and, working in partnership with our regions and unions, 2018 brought yet more important advances that will enable us to convert the excitement and interest in Asia's first Rugby World Cup - a game-changing event - into sustainable growth for the sport," the Englishman said.

"We are well on our way.

"There has been strong progress in Asia, where more than one million new participants have been attracted to the sport via our Impact Beyond 2019 legacy programme.

"We are now working hard with Asia Rugby and our unions to ensure that this phenomenal achievement is sustainable and that the structures are in place to support and further grow the game in the world’s most populous and youthful region."

According to Sir Bill, 9.2 million people took part in rugby in 2018 as the sport "ignites new passions" across the world.

"Our mass participation Get Into Rugby programme, supplemented by our Rugby Ready, Activate and X Rugby programmes, has been instrumental, attracting more than 2.1 million youth participants throughout the year, strengthening the grassroots game," he added.

"I am very excited about 2019, which will be a game-changing year for the sport," he said.

"Anticipation and excitement is growing in Japan and around the world ahead of what promises to be a very special Rugby World Cup that has teams and fans at its heart."

Sir Bill added that  he holds a vision for a strong, "sustainable" game, with a focus on enhancing global competition, furthering the fight against doping and promoting a level playing field.

"All of this will be achieved by empowering and strengthening unions through continued strong investment in all levels of the games, from grassroots participation and the retention of players to strong and vibrant unions driving greater competition at test level," he said.

"We must continue to make values-based decisions and we will work hard to ensure that the decisions that we make are for the betterment of the game at all levels across all nations.

"I look forward to working in partnership with the entire global rugby community in what promises to be an exciting and game-changing 2019 on and off the field."