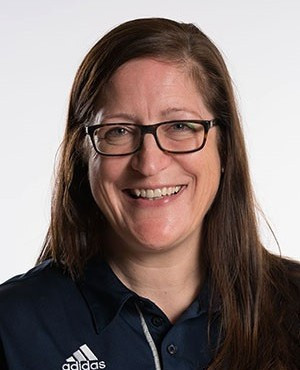 USA Volleyball have hired Michelle Goodall as assistant coach for the women's national sitting volleyball side.

Goodall previously worked as team leader for the Rio 2016 Paralympic champions, acting as a liaison between staff and athletes as well as handling team reservations and organising social events.

In a statement she said she was "thrilled" to accept the position.

"This role is a new position with the team and I'm grateful for the consideration and the opportunity to serve in this capacity," she said.

"I want to thank Bill Hamiter [the head coach] and USA Volleyball for extending this dream offer to continue working with this remarkable team in a broader role."

While Goodall's previous team leader role was not a coaching position, she has worked in coaching for more than two decades.

She worked as girls' volleyball coach at John F Kennedy High School in Iowa from 2008 to 2011 and is accredited through the USA Volleyball coaching programme.

"Michelle possesses all the abilities needed for a great assistant coach and is well suited for the role," Hamiter said.

"She is also very familiar with the team due to her role as team leader for the squad since 2016.

"Michelle is very passionate about this team and I know she will do an outstanding job."

Since their Paralympic triumph at Rio 2016, the US team have also claimed silver at the 2018 ParaVolley World Championships and gold at the 2017 Parapan Zonal Championships.

They have already qualified for the 2020 Paralympic Games in Tokyo.