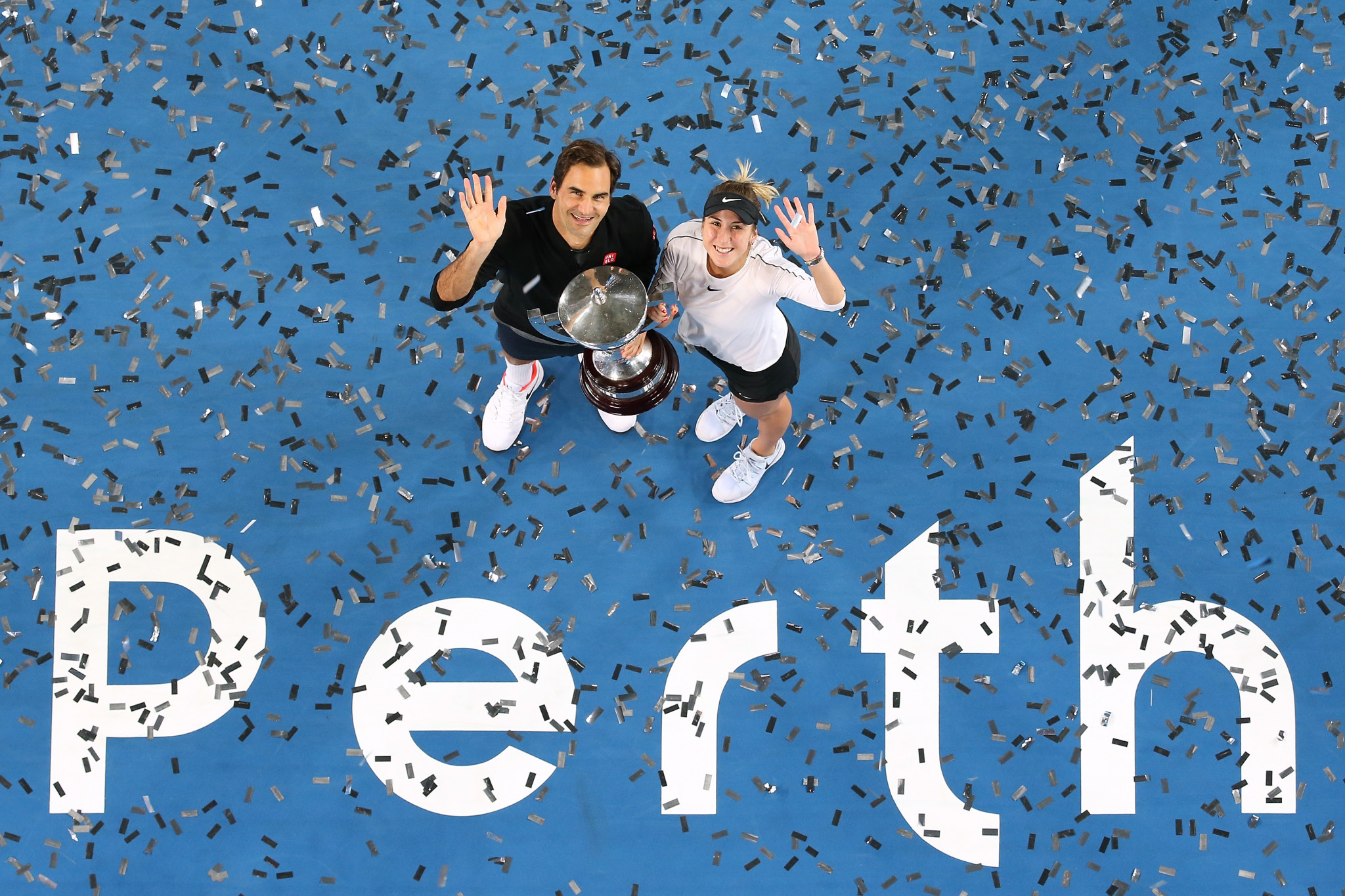 Switzerland defended the International Tennis Federation's Hopman Cup after beating Germany 2-1 in a repeat of the 2018 final.

For the second year in a row 20-time Grand Slam champion Roger Federer teamed up with Belinda Bencic to beat Alexander Zverev and Angelique Kerber 2-1 at the RAC Arena in Perth.

The tie began with 37-year-old Federer facing off against 21-year-old Zverev, who won the Association of Tennis Professionals Tour Finals in November.

Last year the contest went to three sets, but this time around a masterclass from the man considered by many to be the greatest player of all time saw Federer win 6-4, 6-2.

"I think it was a good match for me, no doubt about it," he said.

"I think I served really well.

"Conditions are really quick, so I think when you string together a nice serve and volley game like I did today it's always going to be tough for any opponent."

The current women's world number two Kerber levelled the tie with a straight sets win of her own against Bencic, 6-4, 7-6.

Despite eventually being on the losing side, it means three-time Grand Slam champion Kerber leaves Perth with a perfect singles record.

"I was trying just to play point by point and trying to not think too much ahead," she said.

"Just going for it."

With it all coming down to the doubles match, it looked initially like Federer and Bencic might run away with it, as they took the first, short format set, 4-0.

Zverev and Kerber then rallied and took the second 4-1 to level the match, but they could not take it that step further, losing the deciding set on a tie break.

The result of the day saw number two seed and 2018 US Open champion Naomi Osaka crash out to Ukraine's Lesia Tsurenko 6-2, 6-4.

After the match at the Pat Rafter Arena, which only lasted 66 minutes, Japan's Osaka said she had "the worst attitude".

"I was sulking a little bit, and there are moments that I tried not to do that," she said.

"I feel like I didn't really know how to cope with not playing well."

On the other side of the draw Karolina Pliskova from the Czech Republic beat Croatia's Donna Vekic 6-3, 6-4, while the men's final will see Russia's David Medvedev face another Japanese player, Kei Nishikori.

They made it through by beating two Frenchmen, Jo-Wilfred Tsonga and Jeremy Chardy respectively.