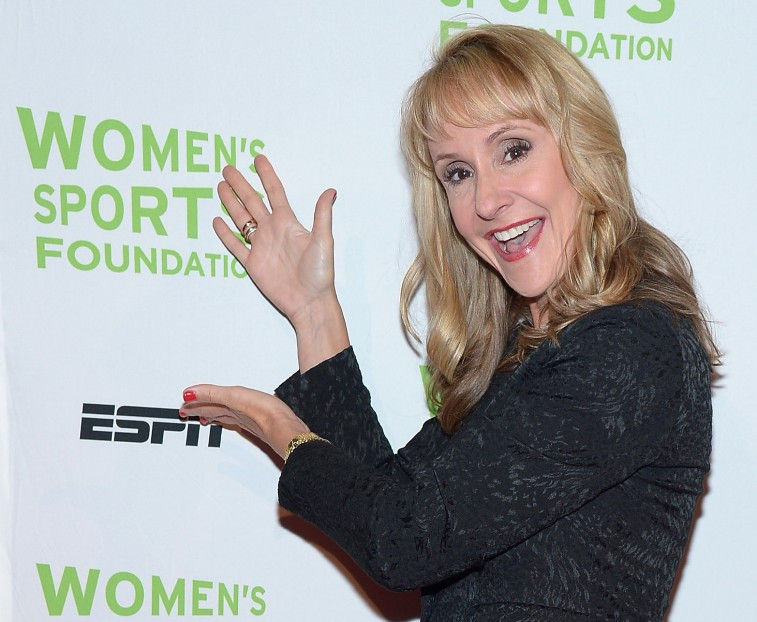 A group of more than 50 Olympians have called for the "near complete" resignation of the United States Olympic Committee (USOC) Board and senior leadership.

The group, who have dubbed themselves the Committee to Restore Integrity to the USOC, issued a press release which urged resignations from the Board following the Ropes & Gray report published last month.

The independent report published by the law firm claimed both USOC and USA Gymnastics had facilitated former USA Gymnastics doctor Larry Nassar's abuse of hundreds of athletes and had failed to act when the allegations against him emerged.

Senators have called on the Federal Bureau of Investigation to investigate and USOC has begun the process to potentially revoke USA Gymnastics' recognition as the member national governing body for the sport.

The report also accused former USOC chief executive Scott Blackmun and chief of sport performance Alan Ashley of being aware of the accusations more than a year before they became public.

Ashley was sacked from his role following the release of the 252-page document, which details the alleged lack of action taken by bodies including USA Gymnastics and the USOC.

Blackmun resigned shortly after the Pyeongchang 2018 Winter Olympics, citing ill health as the reason for his departure.

The Committee to Restore Integrity to the USOC, which previously called for the resignation of Blackmun prior to the Pyeongchang, has now called for further resignations following the Ropes & Gray report.

They state the investigation and a Congressional House subcommittee report call for "profound cultural changes to the USOC; a re-organisation that puts athletes' interests and their well-being first".

In particular, the group have criticised the appointment of Rich Bender and the re-appointment of Steve Mesler to four-year terms on to the USOC Board.

The group allege Mesler "frequently defends the USOC's cultural status quo" and have claimed the Athletes' Advisory Council were not asked for feedback before confirming the Olympic bobsleigh gold medallist to a second term.

They also allege Bender has previously "intimidated and insulted athlete-leaders that spoke out against the USOC's current culture".

Bender was appointed to the USOC Board as a National Governing Bodies Council representative.

He has been the executive director of USA Wrestling in 2001, reportedly helping membership reach an all time high in 2018.

Bender has also been given credit for assisting the effort to maintain the wrestling’s place in the Olympic Games.

The appointments were criticised by Nancy Hogshead-Makar, Olympian and chief executive of Champion Women.

"It is disappointing that the USOC still fails to look inward, even after independent reports demonstrate their culpability in failing to help athletes," she said.

"Their two recent appointments to the Board, without athlete involvement, further demonstrate why.

"They should not be leading America's Olympic Movement.

"The problem remains; we must strengthen athletes' rights against bureaucrats acting with a five-ring-fuelled sense of self-importance."

Hogshead-Makar has tweeted support for the two other appointments to the USOC Board last week, with Brad Snyder and Beth Brooke-Marciniak having both been approved.

Snyder is a five-time Paralympic swimming gold medalist, having competed at London 2012 and Rio 2016.

He was named a member of the Paralympic Advisory Committee in 2018 and is a part-time instructor in ethics and leadership at the US Naval Academy.

Congratulations to seven-time Paralympic medalist @BradSnyderUSA, who is now joined the United States Olympic Committee board of directors. Bravo! Keep listening to the athletes. @USOCAAC

She had previously worked for two years in the United States Department of the Treasury and was responsible for all tax policy matters related to insurance and managed care.

Her other roles include serving on the Board of trustees of the Aspen Institute, the Women's Advisory Board of the World Economic Forum and the advisory board of Out Leadership.

When announcing the appointments last week, USOC chair Susanne Lyons claimed the trio would be advocates for athletes.

“The USOC is at a pivotal point and, now more than ever, we have a unique responsibility to ensure that athletes are protected, supported and empowered in equal measure,” Lyons said.

"I look forward to working with Rich, Brad and Beth as we continue our critically important work to confront the challenges facing our organisation so that we can emerge as a stronger, better community for the athletes we serve."

USOC failed to respond to insidethegames when asked for a comment.

A full list of athletes who are members of the Committee to Restore Integrity can be found here.