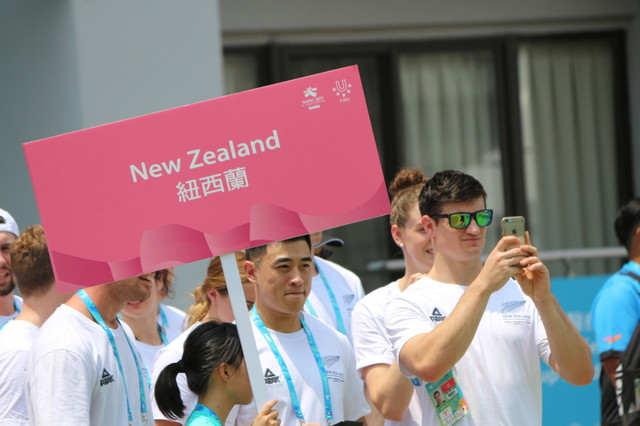 The positions of doctor and the physiotherapists have already been filled.

Steve Williams has been appointed as doctor, having travelled to Japan this year with the NZ Universities rugby team.

He also has previous experience at the Universiade, accompanying the team to Shenzhen in 2011, Kazan in 2013 and Taipei in 2017.

Jacinta Horan has been appointed as one of the physiotherapists, with her previous roles including working for the Portuguese sevens team, the Irish athletics team, NZ Athletics, the women's rugby union team and the women's sevens team.

Ben Park, currently working as a senior rehabilitation physio at Avenues Physio-Fitness, will be the other physiotherapist.

Having previously been an ex-elite cyclist, Park will understand the pressures of sporting commitments and specialised bio-mechanics involved in the sports at the Universiade, it is claimed.

The team were picked based on their "experience, ability to work in a complex team environment, communication skills and the ability to apply skills under pressure".

"New Zealand needs to have pathways for sports medicine providers into the arena of sports medicine care for elite athletes," Bruce Hamilton, director of performance health at HPSNZ, said.

"This is essential to ensure the ongoing availability of high-quality, experienced practitioners for world multi-sport events like the Olympics.

"The World University Games is a crucial event for developing capable and enthusiastic health professionals and sustaining the standards of care for elite NZ athletes in the future."

Italian city Naples will host the Summer Universiade between July 3 and 14.