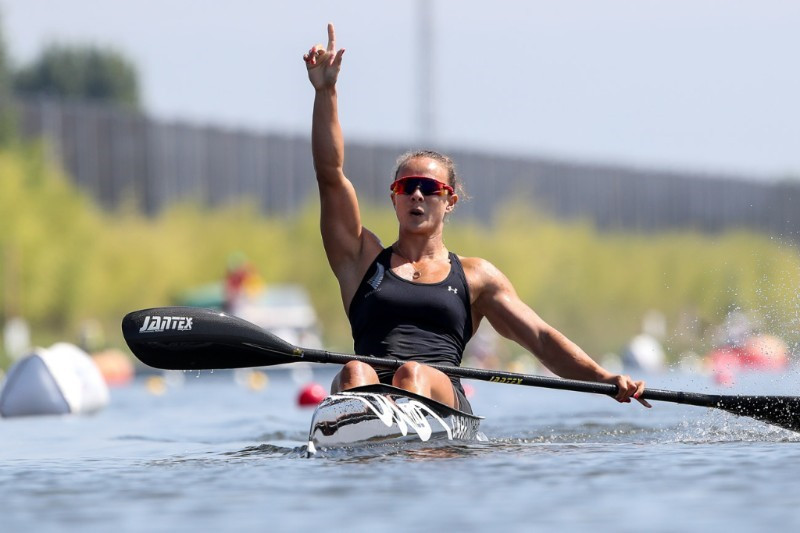 New Zealand's Lisa Carrington has been voted by canoeing fans as the athlete who provided the highlight of the 2018 paddling season.

The two-time K1 200 metres Olympic champion continued her domination of the event by winning her sixth consecutive gold at the 2018 International Canoe Federation Canoe Sprint World Championships, while she also picked up three silvers.

The 29-year-old has not been beaten in a K1 200m race since 2011 and is now considering going for four gold medals at the Tokyo 2020 Olympics - a feat never attempted before.

She came out on top of the public vote in front of fellow canoe sprinter Fernando Pimenta, who won the K1 1,000m and 5,000m races for Portugal at the World Championships on home water.

Para-canoeist Serhii Yemelianov came in third thanks to his defence of the KL3 world title in Montemor, while Australia took both fourth and fifth thanks to Jessica Fox and Curtis McGrath.

In the C1 event she remained undefeated for the entire year.

McGrath defended his KL2 Para-canoe world title and won gold in the VL3 event as well, which will make its Paralympic debut in Tokyo next year.

The New Year will be another big one for canoeing, with World Championships in canoe sprint, slalom and Para-canoe, as well as wildwater, canoe freestyle, ocean racing and canoe marathon.

There will also be selection events for both the 2020 Olympic and Paralympic Games.