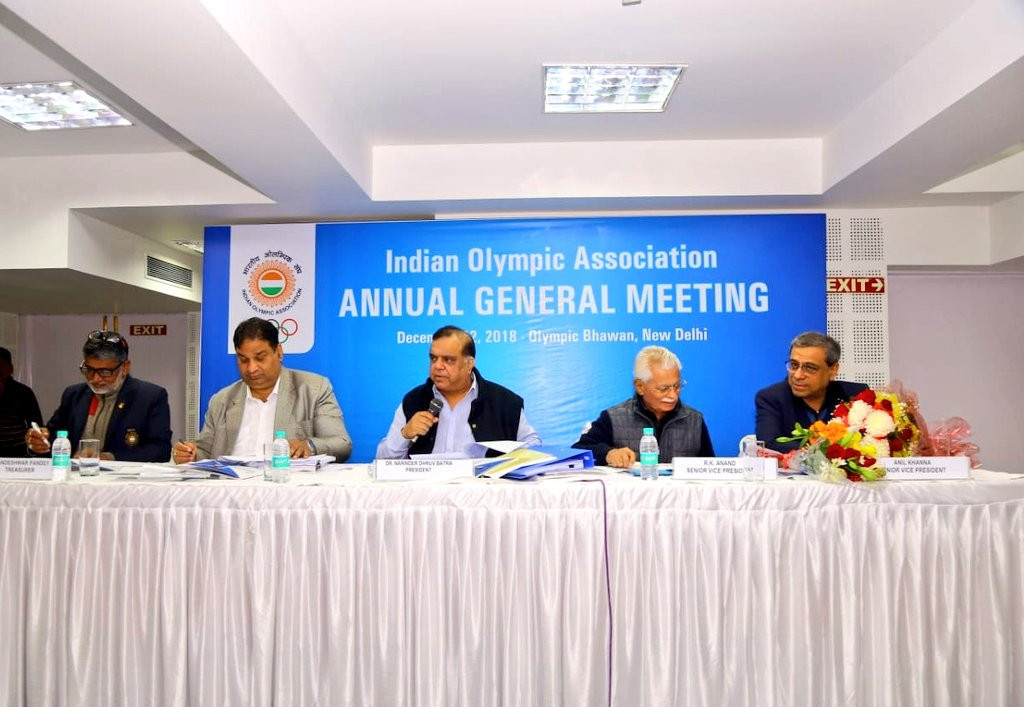 The Indian Olympic Association (IOA) have warned governing bodies that they must set-up Athletes' Commissions within the next three months or face action.

The IOA's Annual General Meeting also decided to down the Equestrian Federation of India (EFI) and Yachting Association of India (YAI) to associate membership without any voting rights after allowing individual members to vote in their elections.

"The House gave approve that instructions will be issued to all the NSFs (National Sports Federations) to constitute Athletes' Commission within three months," IOA secretary general Rajeev Mehta told the Press Trust of India.

"We hope all the NSFs will do this.

"We will take action to those NSFs which do not follow this."

Mehta claimed the decision to remove the voting rights from the EFI and YAI was taken in accordance with the Olympic Charter.

"We have done that on account of voting by individual members in the elections of those NSFs," he said.

They have also ordered the Gymnastics Federation of India to hold elections within eight weeks after the High Court in New Delhi accepted the recommendations of a Dispute Resolution Committee set up by the IOA.

The sport has not had a Government-recognised national governing body since 2012.

Top tennis administrator Anil Khanna and the former President of Amateur Kabaddi Federation of India Janardan Singh Gehlot were declared elected unopposed as a senior vice-president and a vice-president of the IOA.

Both were the lone candidates for each of the posts.

Khanna, President of the Asian Tennis Federation, served as a treasurer in the previous IOA regime headed by N Ramachandran.

He was also initially a candidate to replace Ramachandran as IOA President in last year's elections but withdrew, allowing International Hockey Federation head Narinder Batra to take the position.

Gehlot is currently President of International Kabaddi Federation after being elected to a four-year term in June.