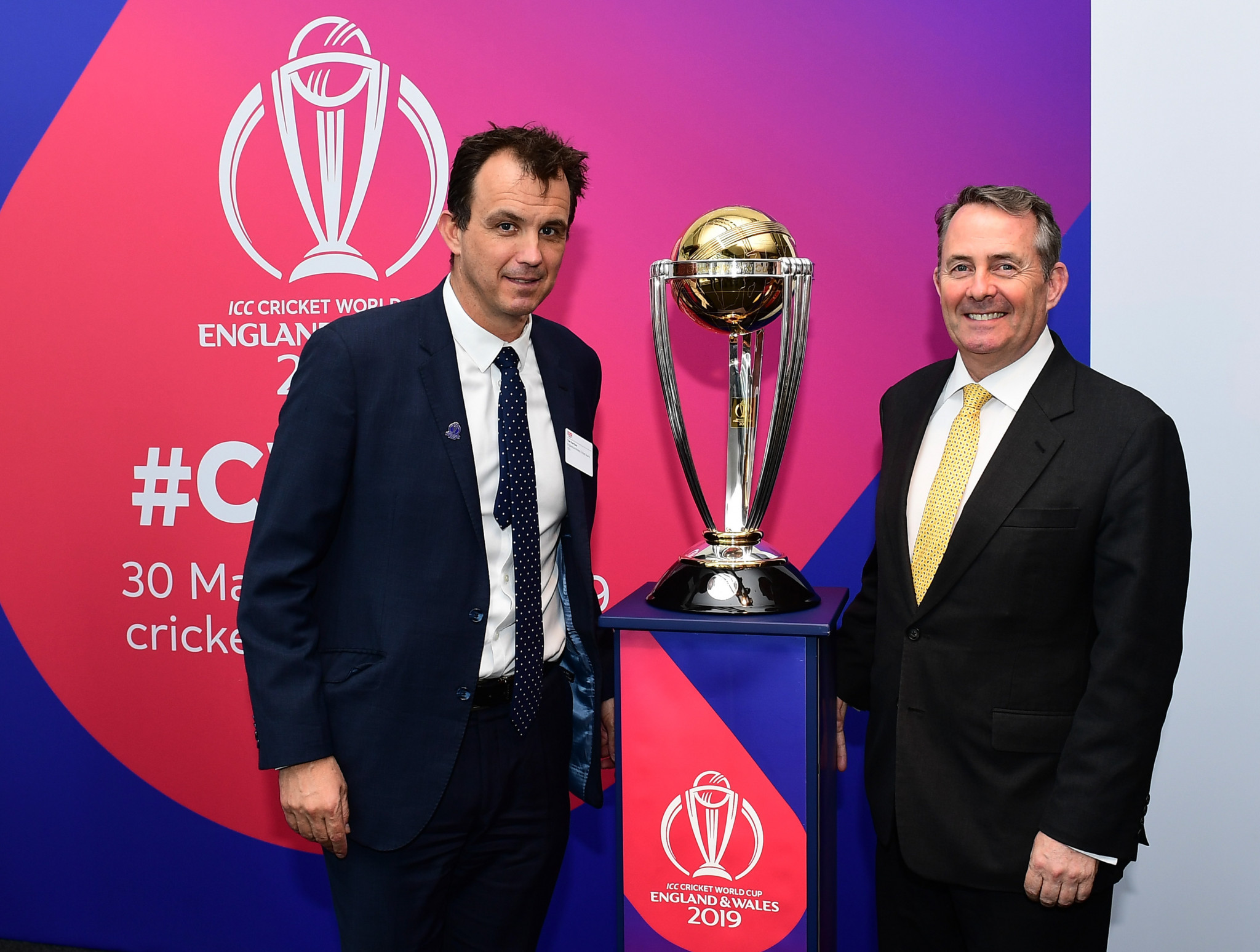 England and Wales Cricket Board (ECB) chief executive Tom Harrison has claimed hosting next year's Cricket World Cup provides a "once in a lifetime" opportunity to grow the game in the United Kingdom.

Harrison told BBC Sport that the ECB, the governing body for the sport in England and Wales, had "huge plans" to ensure staging the tournament helps the development of cricket across the two nations.

A total of 11 venues across 10 cities will host matches at the World Cup, scheduled to begin on May 30 and end with the final at Lord's in London on July 14.

"We've got huge plans for making sure the Cricket World Cup is a platform on which we grow the game in England and Wales,” Harrison, who became ECB chief executive in 2014, told BBC Sport .

“It is an unbelievable opportunity for English cricket, it's up to us to make sure we take advantage of that.

"And for the first time, you sense we have this gilt-edged opportunity to take people from the white-ball game directly into the Ashes series, which immediately follows the World Cup."

ECB Chief Executive Tom Harrison looks back at our year in cricket, on and off the field:

He added: "It's a once-in-a-generation opportunity.

Tickets are still available but the ECB and the International Cricket Council have said they are close to selling out.

"It's really important the engagement of the World Cup goes way beyond what happens on a live TV signal,” Harrison added.

“We've got 700,000 tickets to sell, we've had 2.9 million applications, so there's no question that there's a sense something massive is happening to the game in this country.

"People want to be part of it."