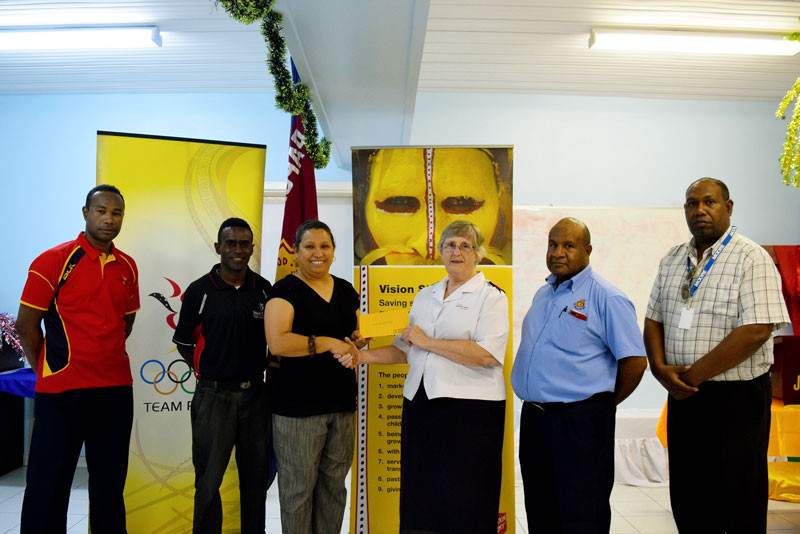 The Papua New Guinea Olympic Committee (PNGOC) has made a donation to the recovery efforts after a deadly earthquake in the country.

Auvita Rapilla, the secretary general of the PNGOC and an International Olympic Committee member, presented a cheque for PGK10,000 (£2,500/$3,000/€2,600) to Captain Christine Gee of the Salvation Army in Port Moresby.

Recovery work is taking place in Hela province where a 7,5 magnitude earthquake struck in February.

Around 200 people died in the tragedy which caused widespread destruction.

Gee said the donation from PNGOC would be used to repair a health centre run by the Evangelical Church of Papua New Guinea (ECPNG).

"Many ECPNG-run health facilities were very badly damaged during the earthquake and as they serve a large population we feel it is a very worthy cause to help them get reestablished and fully functional," Gee said.

Rapilla added: "It was a very unfortunate event which resulted in a lot of loss and we hope this contribution can help in assisting the people rebuild their lives and their homes."