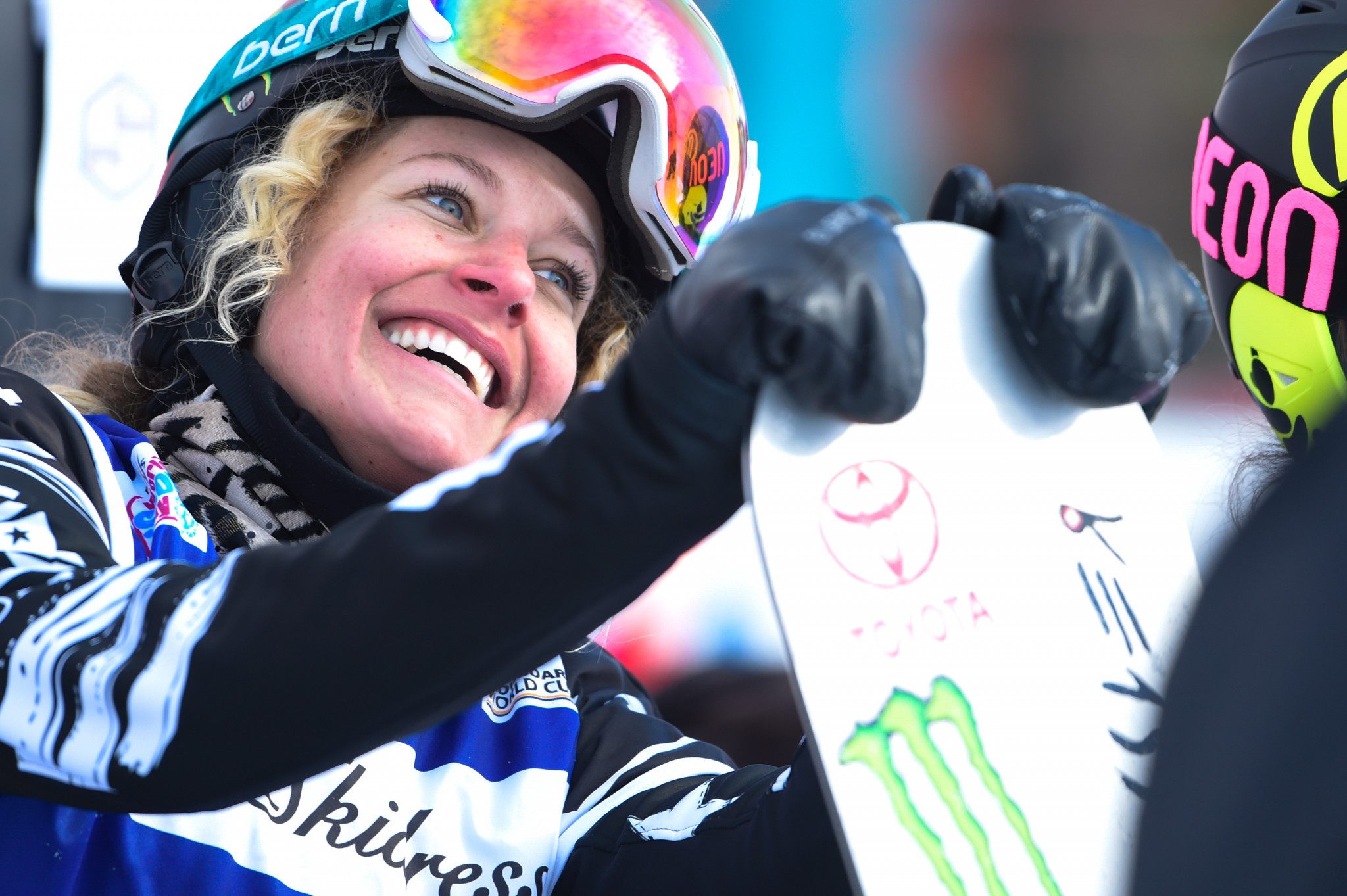 The 33-year-old American seized the title in front of long-time rival and 2014 Olympic champion Eva Samková from the Czech Republic, who had to settle for silver.

Taking the third spot on the podium was Charlotte Bankes, who in winning bronze claimed her first medal riding for Great Britain.

The 23-year-old was born in England but moved to France at the age of four and had previously competed for them.

In the men’s event the winner was Germany’s Martin Noerl, the fastest n qualifying yesterday.

The 25-year-old had never previously made the podium at a World Cup event, but he took gold today ahead of Italy’s Omar Visintin and Austria’s Hanno Douschan.

A 1-2 finish from @FedFranceSki's Midol brothers capped off day one at the Audi FIS Ski Cross World Cup Innichen (ITA) in incredible fashion. Watch it now!

It means after one event, Noerl leads the overall rankings, though a second race is due to take place tomorrow to make up for the cancelled event in Montafon.

Winning the women’s race to claim her second World Cup gold of the season was Fanny Smith from Switzerland.

The Olympic bronze medallist from Pyeongchang 2018, who qualified for the final in first place, continued her imperious early season form with victory ahead of Sweden’s Sandra Naeslund and Marielle Berger Sabbatel from France.

On the men’s side France claimed first and second place through brothers Jonathan and Bastien Midol.

It was Bastian who qualified in first place, but he was surpassed today by his elder sibling and had to settle for the silver.

Canada picked up the bronze thanks to Pyeongchang 2018 Olympic champion Brady Leman.