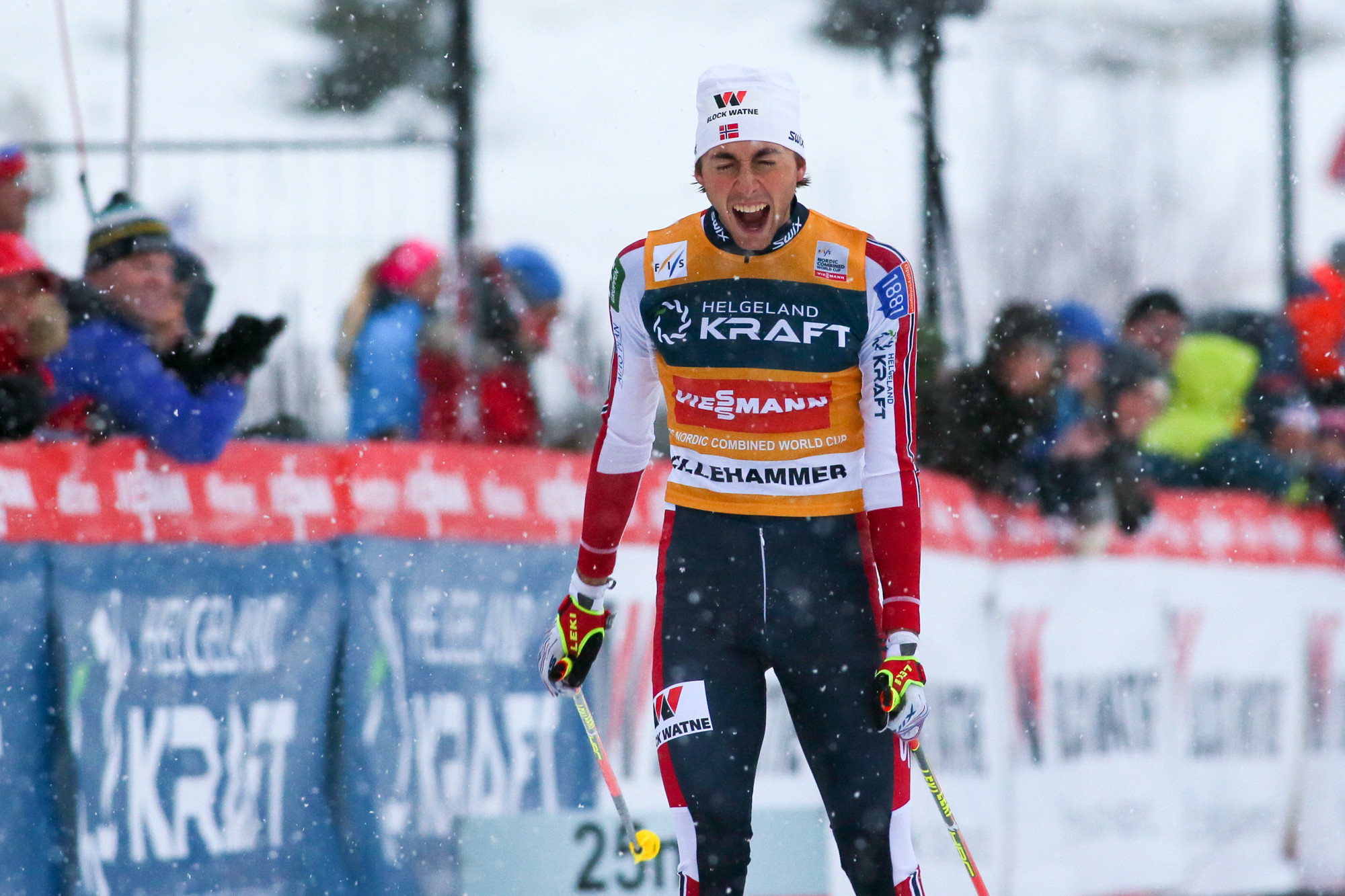 Norway's Jarl Magnus Riiber will be looking to take his unbeatable Lillehammer Triple form into the next stop on the International Ski Federation Nordic Combined World Cup circuit, which begins in Ramsau am Dachstein tomorrow.

Two events in two days will be held at the Austrian venue, the fifth and sixth World Cup legs held this term in all.

Riiber shone on home snow at the inaugural Lillehammer Triple, which saw three events in three days in the 1994 Winter Olympic host.

The 21-year-old won all three events and tops the overall World Cup standings after also coming second behind Austria's Mario Seidl at the season-opener in Ruka in Finland.

His early-season form means Riiber, a silver medallist in the Olympic team competition at Pyeongchang 2018, heads the overall World Cup standings with 380 points.

With 100 points available for a win, Germany's triple Olympic champion Eric Frenzel, also a five-time overall World Cup winner and five-time world champion, is second in the standings on 196.

Frenzel has been second twice this season.

Japan's defending overall World Cup champion Akito Watabe has not made the podium so far this season and is seventh on the leaderboard on 127.

German Johannes Rydzek, a double Olympic gold medallist and a six-time world champion, is fourth at present on 165 points.

Both events in Ramsau will see jumping on the normal hill before a 10 kilometre cross-country race.