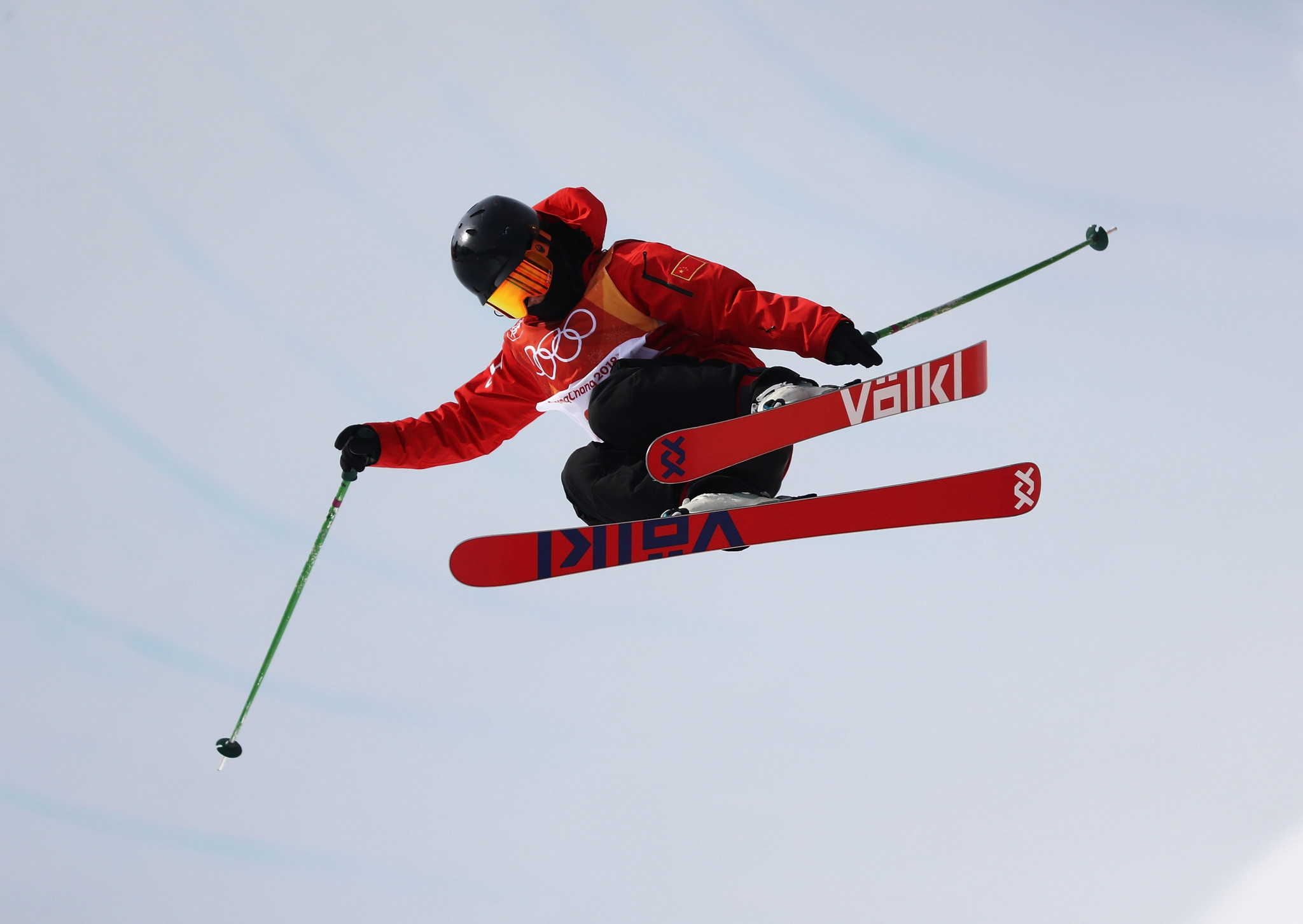 Following a shift in the competition programme due to possible incoming weather, there was a full day of halfpipe action at the Beijing 2022 Olympic Winter Games venue in Secret Garden,

In the women’s final, last year’s winner Zhang triumphed with a total score of 87.75 points.

"I really enjoy skiing here and taking a spot on top of the podium in front of the home crowd is just amazing."

China’s Li Fanghui rounded out the podium with 83.75 points.

Karker is second in the halfpipe World Cup standings with 130 points, while Estonia’s Kelly Sildaru, who was not competing in Beijing, is third with 100.

In the men’s competition, d’Artois claimed his first World Cup win by earning the highest score of the day, 93.50 points, with his last run.

"I had a lot of fun and I skied really well," he said.

"I put down two qualification runs and three final runs so I’m really happy with the consistency.

"It’s been a while since the last time I was on top, so I’m just super stoked."

Despite all the efforts of Pyeongchang 2018 Olympic bronze medallist Nico Porteous, the New Zealander’s score of 89.50 points was only enough for second place.

It secured the first World Cup podium finish of his career.

Porteous is second with 130 points, while older brother Miguel, who finished sixth today, is third with 120.

The FIS Freestyle Skiing World Cup is due to resume next month, with a slopestyle competition scheduled to be held in Font Romeu in France from January 10 to 12.

Sweden’s Niklas Mattsson topped the men’s standings with 79.96 points, ahead of Belgium’s Sebbe de Buck with 75.15 and Switzerland’s Moritz Thoenen with 74.41.

In the women’s event, Japan's Miyabi Onitsuka led the way with 79.68 points.

Both the men's and women's finals are scheduled for tomorrow along with those in the halfpipe discipline.