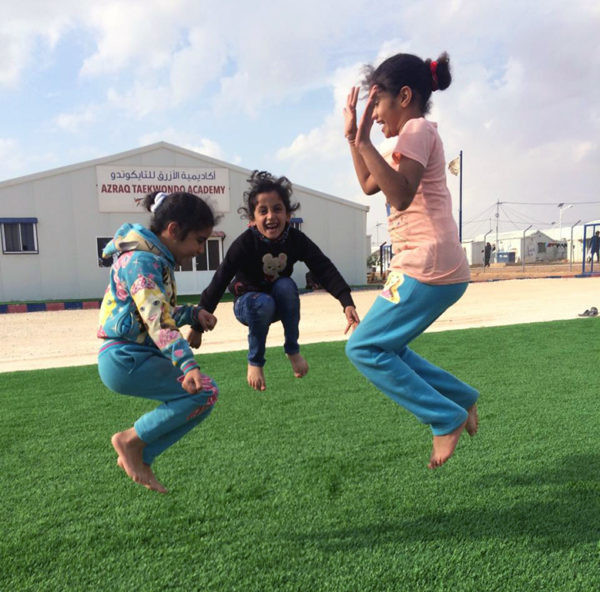 The Taekwondo Humanitarian Foundation's (THF) Academy at the Azraq camp in Jordan will expand its activities for refugee children and youngsters thanks to a new installation of artificial turf within its perimeter.

The turf - gifted by THF supporter Shandong Taishan Sports Equipment Co Ltd - has been laid with the help of another backer, Richard Barnor, replacing the sand and rocks that were there previously.

The Academy, inaugurated in April this year, is already welcoming an average of 200 participants on a weekly basis, making use of taekwondo mats donated by the Shandong company.

The overall objective is to align with international sports federations that have a similar humanitarian vision and eventually to facilitate the growth of the THF Academy as a multi-sports facility.

The benefit of having sport activities in refugee camps is to help participants regain mental and physical well-being, notably through enjoyment, self-improvement and respect for others.

The facility allows children and youths to gain new skills and a sense of achievement, while also feeling like they are living a more normal life despite living in a refugee camp.