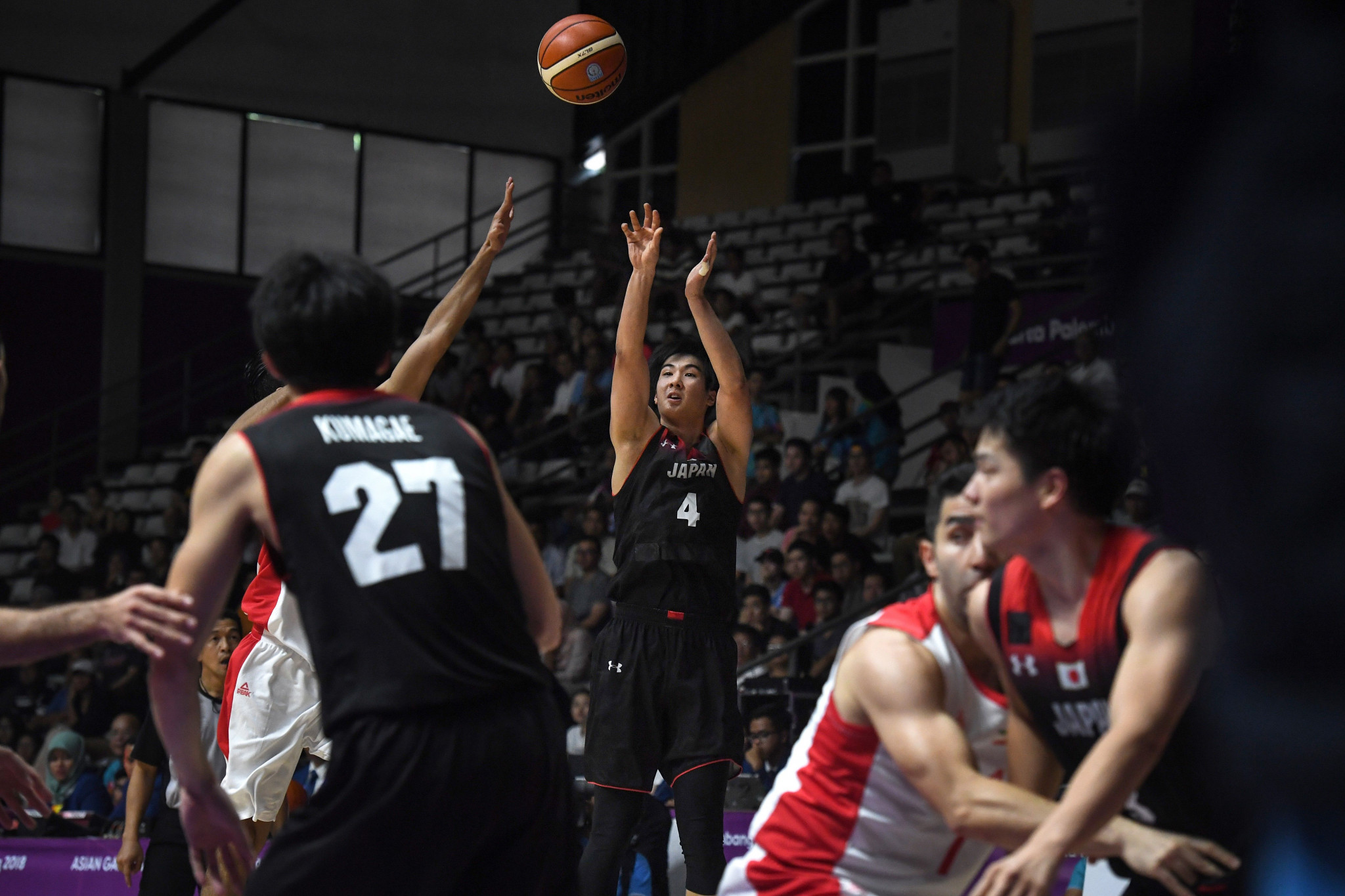 Japan's men's basketball team is on track to earn a spot at their home Tokyo 2020 Olympic Games, according to the chair of an International Basketball Federation (FIBA) taskforce Ingo Weiss.

According to a report in The Japan Times, Executive Committee member and FIBA treasurer Weiss said the Japan Basketball Association (JBA) has fully lived up to the expectations of the Japan 2024 taskforce, which was formed after the JBA's suspension in 2014 for poor governance.

The suspension was officially lifted in August 2015 after various changes were implemented including the merging of Japan's two top men’s leagues, the National Basketball League and the Bi-League.

However, FIBA has not guaranteed Japan a host nation spot at the Tokyo Games as it seeks improvements in the team's performance.

Recently though the side has won six games in a row in qualifying for the World Cup in China, and Weiss has reportedly now said there is "nothing" Japan's governing body lacks.

"I can't talk the details too much," the German is quoted as saying.

"But we've been fond of the progress [of Japanese basketball] and I believe you all understood how satisfied we as FIBA are.

"With that being said, we are considering giving a spot [to Japan], but can't say anything officially yet.

"However, it would be a great opportunity for Japanese basketball to be able to compete at the Olympics in Japan."

Weiss added that the women's team, which has won three straight FIBA Asian Cups and advanced to the round-of-16 at the Rio de Janeiro Olympics, has nothing to worry about in terms of securing a spot at their home Games.

Co-chairman of the taskforce Saburo Kawabuchi said he would like FIBA to extend its monitoring period a few more years to ensure Japanese basketball's continued development.

"The monitoring would usually continue until 2020," said Kawabuchi, who was appointed as JBA chairman in May 2015 before being replaced a year later.

"But there’s another World Cup in 2023 and we are asking FIBA to continue to look after us until then."

Four members of the Japanese team were banned for a year back in August for paying for sex during a night out at the Asian Games.