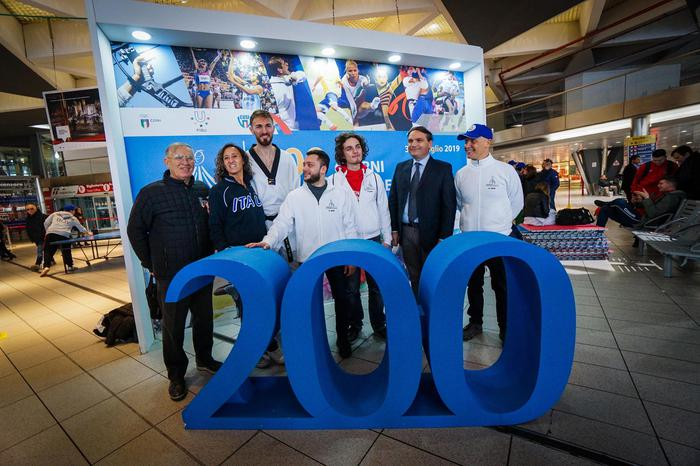 Naples has celebrated the 200 day countdown to the Summer Universiade with a celebration at the Italian city's central train station.

Organisers were joined by athletes, local residents and television celebrities at the event at Grandi Stazioni.

The Universiade played a role in the Italian's career, having secured silver at the 2005 edition of the university sport event.

He also won a bronze medal at Bangkok 2007 on his third and final Unviersiade appearance.

"From a technical point of view, the [Universiade] has nothing to envy of the Olympic event," Sarmiento said.

"The level at the Universiade is very high, where future protagonists of the Olympics will compete.

"It is an important competition and a great opportunity for Napoli."

Christian Parlati, a reigning junior world champion in judo, was present along with taekwondo athletes and fencers.

Sporting activities took place in the station in an effort to promote the Universiade.

The celebration sought to highlight themes of sun, sea and sport at Naples 2019.

Organisers have claimed they are now in "phase two" of their preparations.

The Universiade will take place from July 3 to 14 next year.

A total of 222 medal events are set to take place across 18 sports.