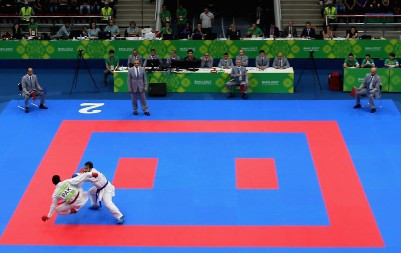 South Africa's celebrated karate exponent and administrator Sonny Pillay has been elected unopposed as President of the Commonwealth Karate Federation - and is tasked with getting the sport into the Commonwealth Games.

"It is incumbent upon us that the new democratically elected Commonwealth Executive ultimately seek inclusion of karate into the Commonwealth Games proper," Pillay said.

"Therefore we expect to strongly focus our efforts on the forthcoming Games in 2022 scheduled to be hosted in Birmingham."

Pillay, a former international competitor who overcame racial prejudice to pursue his ambitions in the sport, is the first person of Indian origin to hold this position.

He has been in charge of Karate South Africa for the past eight years.

The election, which took place in Durban, was chaired by the Acting President, Raghupathy Thiagarajan of India, and attended by delegates from several Commonwealth countries including Bangladesh, England, Scotland, Ireland, Canada, Mozambique, India, Botswana and Namibia.

"Moreover, I promise to lead with dignity and integrity especially in so far as good governance is concerned."

Karate was accepted onto the Olympic programme for Tokyo 2020.