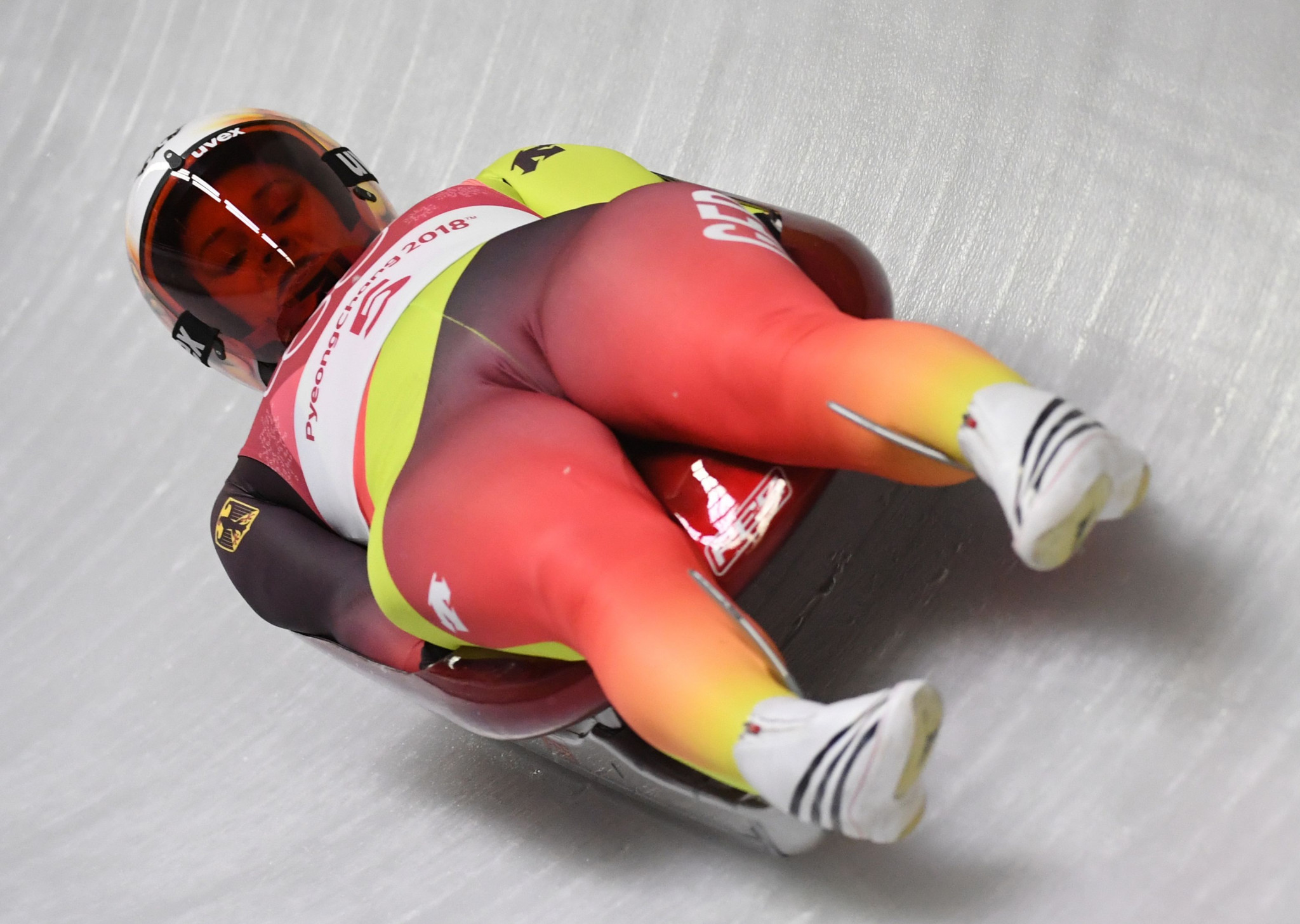 The German athlete has had an inconsistent start to the season but proved the fastest during the two runs on the American track.

She clocked 43.789sec on her first run to head the standings ahead of World Cup leader and team-mate Natalie Geisenberger.

Eitberger sealed victory with a second run of 43.885, giving her an overall winning time of 1min 27.674sec.

Olympic champion Geisenberger ended as the runner-up on 1:27.705, with an all-German top three rounded off by Julia Taubitz, who clocked 1:27.929.

Geisenberger responded impressively by winning the sprint competition ahead of the United States’ Summer Britcher.

Taubitz secured her second third place finish of the day.

Geisenberger maintained her lead in the overall World Cup standings after six races, having won four and ended as the runner-up in two.

At the halfway stage of the season the German has 570 points, with Taubitz her nearest rival on 495.

After the BMW Sprint World Cup event in Lake Placid (USA), Natalie Geisenberger, Johannes Ludwig and Toni @EggertBenecken (all GER) are the current leaders in the overall standings https://t.co/dzX6HprEu4 pic.twitter.com/Tj2BTQpEYu

Russia’s Roman Repilov followed up his victory in yesterday’s men’s event by triumphing in the sprint race.

He was followed by team-mate Semen Pavlichenko and Germany’s Johannes Ludwig.

Following his disqualification yesterday for having an overweight sled, Austria’s Wolfgang Kindl was ineligible to compete in the sprint event.

He relinquished his World Cup lead as a result, with Ludwig now topping the standings on 420 points.

Germany’s Toni Eggert and Sascha Benecken triumphed in the doubles sprint race to remain clear at the top of the World Cup standings on 525 points.