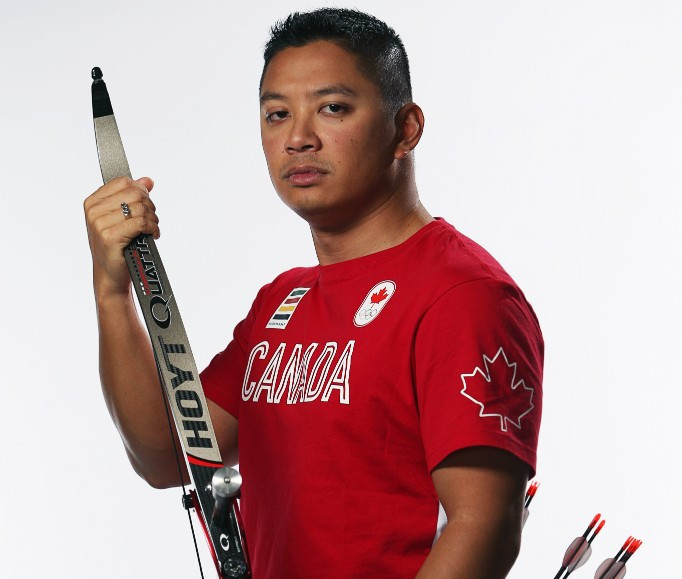 The 32-year-old, winner of a World Championship bronze back in 2013 and is currently ranked 13th in the world, beat Brady Ellison from the United States in the final 6-0 at the Fiera di Roma Convention Centre.

Elsewhere in the competition, also known as the Roma Archery Trophy, South Korea claimed gold in the women’s recurve final while the US triumphed in both compound events.

Duenas was the top seed in the men's recurve draw based on his qualifying performance yesterday, but in other ways the Canadian was surely the underdog as not only is Ellison the higher ranked archer at seventh in the world, he also has far more titles to his name including five World Cup wins.

However, you would not have known that was the context as Duenas triumphed without losing a set.

It did go much better for the US in the compound finals, as Braden Geelenthien took the men’s title and Alexis Ruiz claimed the women’s.

In the men’s compound event it was the hosts Italy who won the bronze medal through Sergio Pagni, but there was no change in the final as the US triumphed again.

Gellenthien, the world number three, saw off Denmark’s second seed Martin Damsbo in a shoot off 10-9 after the initial contest finished 148 apiece.

Pagni, meanwhile, won his bronze through a shootoff as well.

In the other main event the women’s recurve, South Korea picked up gold and bronze medals.

The fifth seed Surin Kim claimed the top prize with a win over Dutchwoman Gabriela Bayardo 6-0 having knocked out her compatriot and the pre-tournament favourite Chaeyun Kim in the semis.

Kim had a chance to bounce back from that earlier loss in the bronze medal match, but instead fell to another defeat to another South Korean, Chae Young Kang.

The sixth seed, who has two outdoor archery World Cup wins to her name, defied the seedings to win 6-4.

The next event on the circuit is due to take place in Nimes in France, starting on January 18.