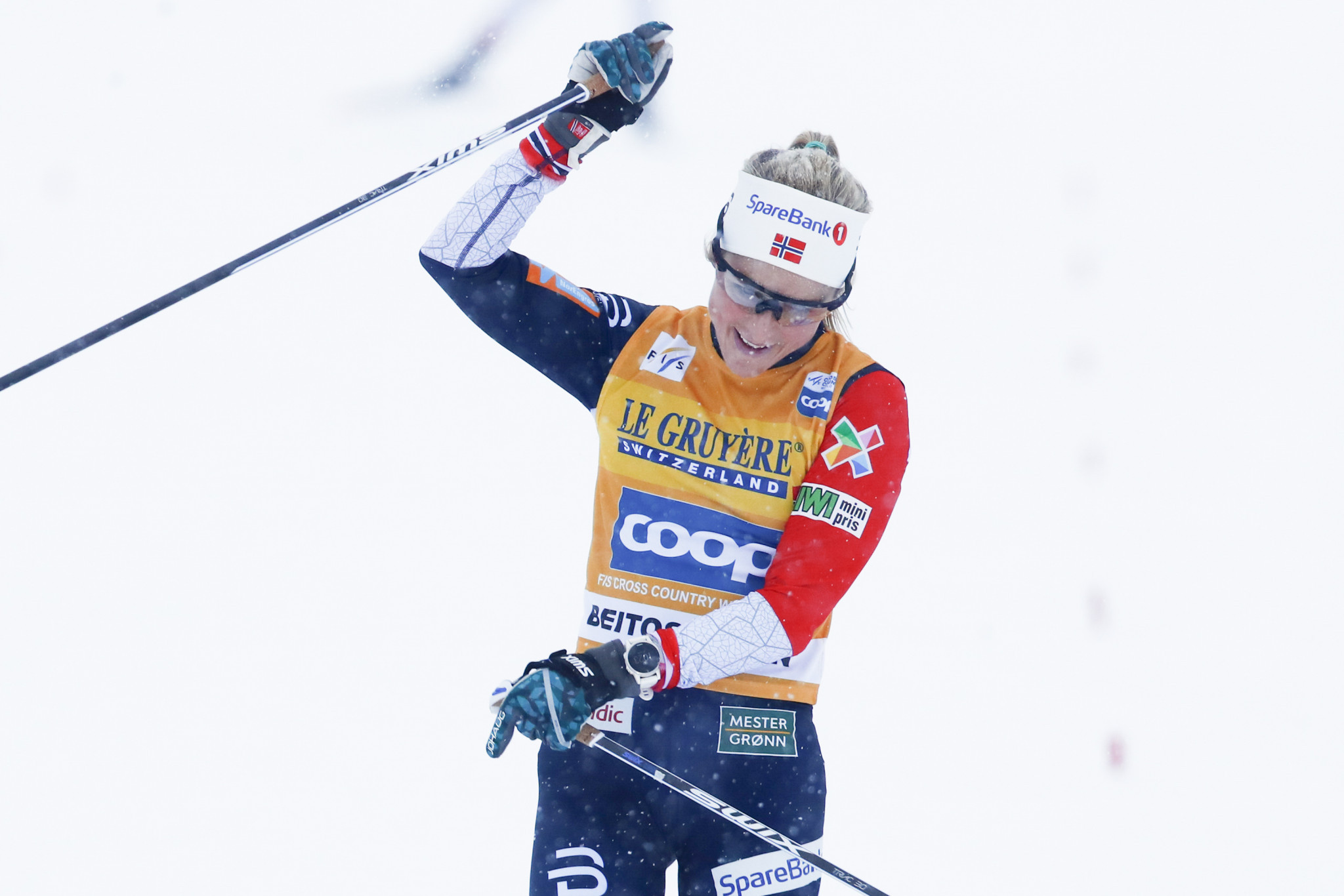 Therese Johaug continued to extend her lead at the top of the International Ski Federation (FIS) Cross-Country World Cup, following her return from a doping ban, as the Norwegian won the women’s 10 kilometre event in Davos.

Having recently returned from an 18-month doping ban for testing positive for anabolic steroid clostebol in 2016, Johaug has enjoyed a superb start to the season.

Heading into the event in Davos, the Norwegian had triumphed in each of the four distance races contested.

Her run continued in the Swiss town as she pulled clear of her rivals in the 10km event to claim victory in a time of 26min 06.9sec.

Johaug’s compatriot Ingvild Flugstad Østberg proved the nearest challenger, as she crossed the liner 12 seconds adrift to finish as the runner-up.

The podium was completed by Finland’s Krista Parmakoski, who finished a further seven seconds off the pace.

Victory extended Johaug’s grip on the overall World Cup standings, with the 30-year-old boasting 600 points from the nine races.

The men’s 15km race was a closer affair, with the top five skiers separated by just 10 seconds at the finish.

Russia’s Evgeniy Belov held off the challenge of France’s Maurice Manificat to claim victory in a time of 35:52.3.

Manificat finished just 0.9 seconds behind the winner after a tightly fought finish.

The result marked a first World Cup victory for Belov, who was among the 28 Russian athletes who had sanctions overturned by by the Court of Arbitration for Sport earlier this year.

Having been banned by the International Olympic Committee over alleged involvement in the Sochi 2014, he was one of athletes to benefit from CAS's verdict that there was insufficient to establish that anti-doping rule violations occured in those cases.

A further 11 sanctions were partially upheld by CAS.

The result saw little change to the overall World Cup standings, which are still led by Alexander Bolshunov.

The Russian has 367 points, with Norway’s Sjur Roethe and Emil Iversen following on 329 and 328 points respectively.

The World Cup season is due to continue on December 29 and 30 with Toblach in Italy set to stage races.