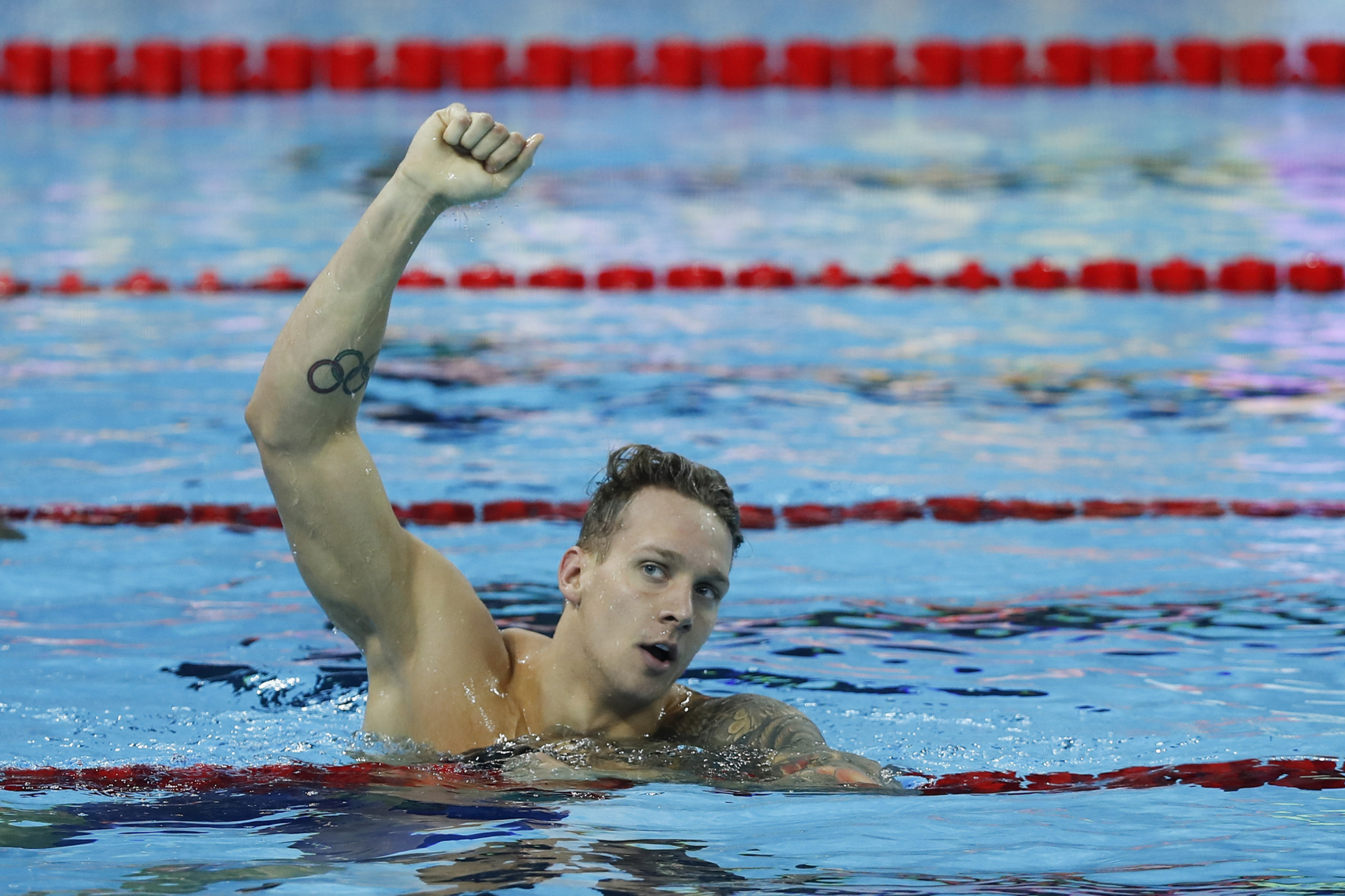 In the three relay events they set Championship records in each, while in the individual finals the US gained a one-two finish in the women’s 200 metres breaststroke and the women’s 100m butterfly at the Hangzhou Olympic and International Expo Centre.

On top of that, Caeleb Dressel seized victory in the men’s 100m freestyle.

Their first win came in the first race of the session, the women’s 4x50m freestyle, where Madison Kennedy, Mallory Comerford, Kelsi Dhalia and Erika Brown set a Championship record of 1min 34.03sec.

Perhaps the most thrilling race of the day came in the men’s 100m freestyle final, in which Dressel won gold.

The 22-year-old saw off both Russia’s Vladimir Morozov and South Africa’s Chad Le Clos to win in 45.62, with Morozov finishing just two-hundredths of a second behind.

Slightly further back, but only marginally so, Le Clos touched the wall in 45.89.

In the women’s 200m breaststroke it was Annie Lazor who took the win ahead of her teammate Bethany Galat.

They touched the wall in 2:18.32 and 2:18.62 respectively, while Belgium won their women’s medal at the Championships through Fanny Lecluyse, who finished third in 2:18.85.

The second US one-two came through Kelsi Dahlia and Kendyl Stewart, who picked up gold and silver respectively in the women’s 100m butterfly.

More American victories came in the last two races of the Championships, the men’s and women’s 4x100m medley relays.

In the women’s race another Championship record came through Olivia Smoliga, Katie Meili, Kelsi Dahlia and Mallory Comerford, who won in 3:45.58.

Silver and bronze medals went to China and Italy.

In another noteworthy result, South Africa’s Cameron van der Burgh brought the curtain down on his career with victory in the 50m breaststroke.

The former Olympic champion said goodbye with a gold medal in a Championship record of 25.41.

Finishing behind him were Ilya Shymanovich from Belarus and Brazil’s Felipe Lima.