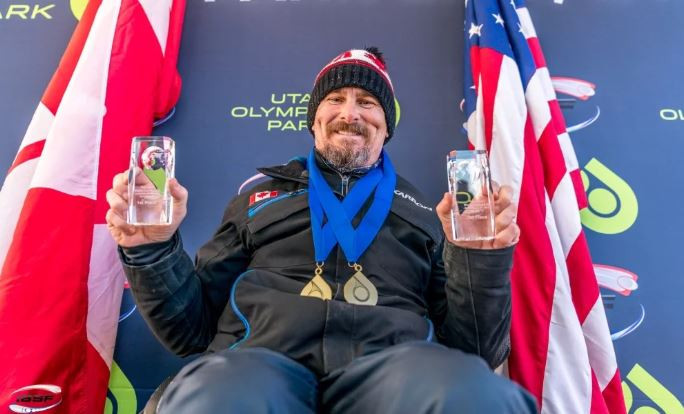 Canada's Lonnie Bissonnette completed a double of  race wins on Park City's 2002 Olympic course in Utah as the Para Bobsleigh World Cup season got underway - but he had to hold off a strong challenge from Austria’s Andreas Kapfinger.

Bissonnette, winner of the first Para-bobsleigh world title in 2016, won the first run in 49.33sec, the fastest of the day.

But the Austrian, third on the first run, made up time on him by winning the second run in 49.66.

Bissonnette emerged as the winner with a total time of 1min 39.13sec, with Kapfinger taking the silver medal, as he had the previous day, in 1:39.21.

There was a new presence on the podium, however, as Barry Schroeder of the United States clocked a total of 1:39.50, finishing second and third in the runs, for a final position of third.

Yesterday’s bronze medallist Christopher Stewart of Switzerland was fourth on 1:39.98.

This is the fifth season for the mixed-gender Para Sport World Cup.

Norwegian Guro Fronsdal was the best woman in the weekend's World Cup, finishing 10th and eighth.

The IBSF Para Sport World Cup is due to continue in Calgary on December 21 and 22 with the third and fourth races of the season.

Para-bobsleigh heard in September that it had missed out on inclusion at the 2022 Winter Paralympics in Beijing.

In Para-bobsleigh the sleds are monobobs started with a special automatic launch system.