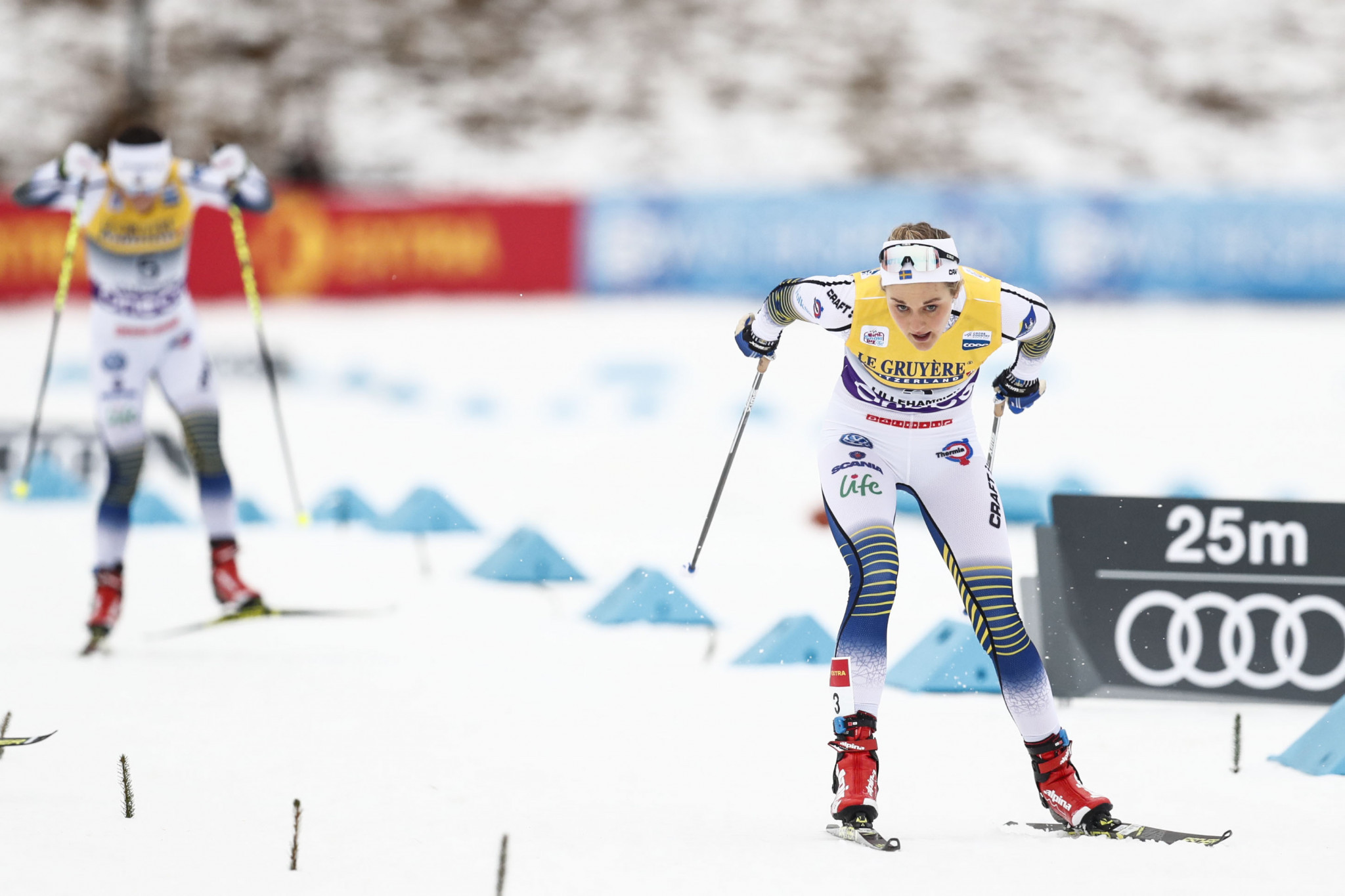 Nilsson began the sprint competition with a strong performance in qualification, which provided the platform for a victory in her quarter-final race in the Swiss town.

A second placed result in the semi-final stage of the competition saw the Pyeongchang 2018 sprint winner advance to the six skier final.

She narrowly saw off the challenge of the United States' Sophie Caldwell to take the victory in a time of 2min 41.34sec.

Caldwell would end 0.72 seconds adrift in second place, while Maja Dahlqvist made it two Swedish athletes on the podium by ending third at 2.60 down.

The victory saw Nilsson move to the top of the World Cup sprint standings on 186 points, with Dahlqvist following her compatriot on 140.

The Norwegian skier, who counts the sprint among his Olympic titles, was locked in a battle with Italy's Federico Pellegrino heading towards the finish line.

Klaebo crossed in first place in a time of 2:20.44, with Pellegrino 0.39 seconds adrift in second.

There was a photo finish for third place, which was eventually awarded to France's Baptiste Gros.

He was adjudged to have ended 0.05 seconds in front of his compatriot Lucas Chanavat.

Klaebo now heads the men's World Cup sprint standings on 204 points, aided by a victory and second place in the opening three sprint races of the season.

His closest rival is Pellegrino, who has 159 points.

The World Cup in Davos will continue tomorrow with freestyle action - the women's 10 kilometre event and men's 15km race.