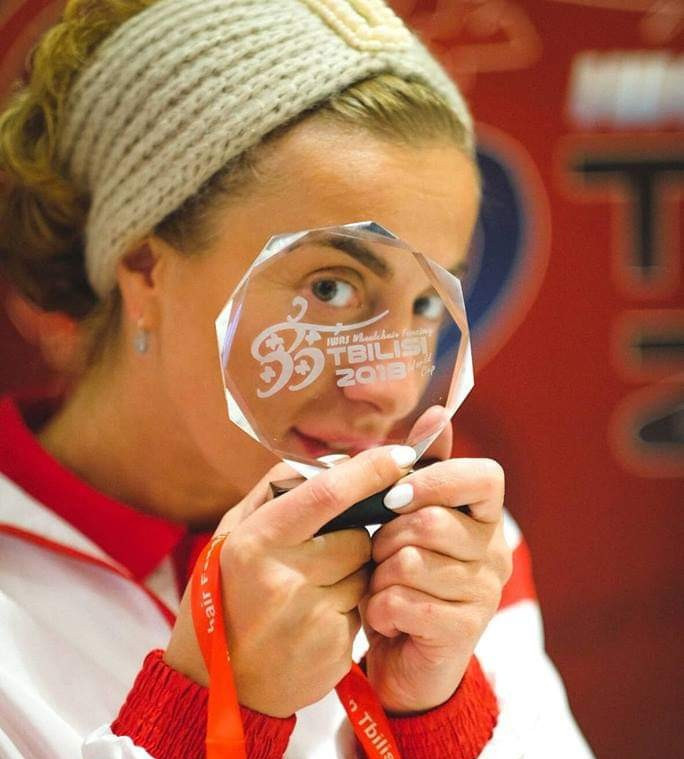 Khetsuriani beat Ukraine's Olena Fedota by the emphatic margin of 15-4 in the women's sabre B category to add another gold to her collection following her victory at last month's World Cup on the home soil of Tbilisi.

The Georgian fencer had beaten Hungary’s Mezo Boglárka 15-9 in the semi-final, with Fedota progressing thanks to a 15-2 win over Thailand’s Saysunee Jana.

Breus reached the final with a 15-3 win over compatriot Nataliia Morkvych, who took bronze along with China’s Wang Xiujian, who lost a tense semi-final to Hajmasi 15-14.

We ❤ this poster for the Kyoto World Cup! pic.twitter.com/58mlMlnMzU

China’s Tian Jianquan won gold in the men’s sabre A category as he beat Hungary’s Richard Osvath 15-13 in the final, having emerged from his semi-final as a 15-4 victor over Italy’s Edoardo Giordan.

His quarter-final had proved more testing as he had beaten Britain’s Piers Gilliver 15-13.

Osvath earned his final place with a 15-8 victory over Russia’s Viktor Dronov.

The men’s sabre B title went to Poland’s Grzegorz Pluta, who beat Feng Yanke of China 15-10 in the final.

Both men had overcome Russian opposition in the semi-finals, with Pluta beating Alexander Kurzin 15-9 and Feng moving past Albert Kamalov by a score of 15-10.

Tomorrow’s programme is due to feature women’s foil and men’s épée competition.