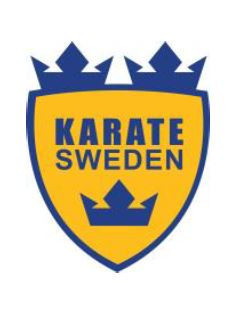 Gothenburg in Sweden will host the 2021 European Karate Championships, it has been announced.

The Swedish Karate Federation (SKF) has been picked to hold the event, scheduled to take place in the Arena Scandinavium from May 12 to 16.

SKF President Urban Andersson admitted he was "delighted" Sweden has been entrusted with the event.

"Then [in 2021] it will have been 38 years since a tournament of this size has taken place in Sweden and also then the European Championships were held in Gothenburg," he said.

"The city of Gothenburg has a lot to offer and is situated on the beautiful west coast of Sweden.

"We look forward to arrange a really nice event and the opportunity it will bring to promote karate, both in Sweden and internationally."

As usual the Championship will feature kumite and kata action, as well as Para karate.

Around 1,500 athletes and officials are expected to take part, while the European Karate Federation will also hold a Congress during the week.

The Championships will be organised in collaboration with Got Event, a company which describes itself as "enablers" and which owns the Arena Scandinavium where the event is due to take place.

Their director city of events Magnus Hallberg claimed they were "very proud" to host the event.

"Karate is a lifelong practice and it’s fantastic that it includes women, men and Para," he said.

"We are also pleased that the organiser will arrange activities on town outside the arena, which makes it more open to the public."