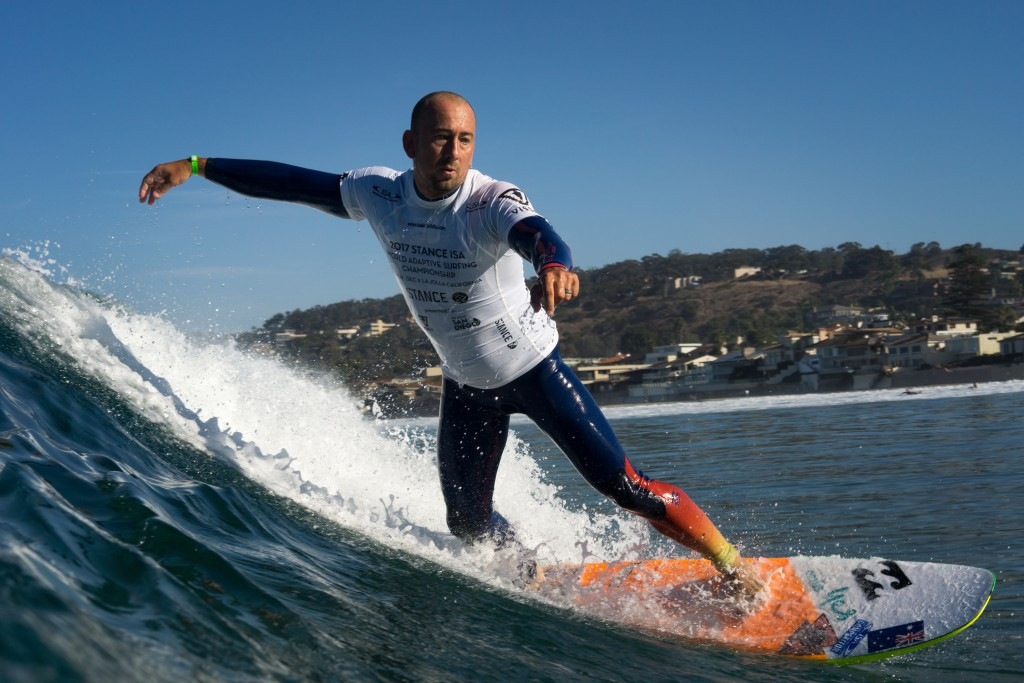 The event, which will take place in La Jolla in San Diego, will feature more than 120 surfers from 24 different countries from all five continents.

The previous largest field featured 109 surfers, with the ISA saying its year-on-year growth is evidence of "the ISA’s push to grow the sport on a global level".

A group of 37 female surfers will take part, almost double the number on the entry list last year when women only divisions were first introduced at the Championships in La Jolla.

This year will also mark the first time a women’s visually impaired division features, with the entire event sponsored by Stance, an American sock and underwear brand.

"Delivering a global platform and highlighting the talents of adaptive surfers worldwide is a great source of pride and a high priority for the ISA," ISA President Fernando Aguerre said.

"We are fully committed to the growth and development of adaptive surfing and our hard work has paid off as we have seen an explosion of the sport across all continents of the world."

Aguerre added a belief that adaptive surfing could bring a new audience and "wave of energy" to the Paralympic Games, in which the sport does not currently feature.

"We will continue pushing for its inclusion and working with the Paralympics to create a pathway that will help us achieve this goal," he said.

The Championships is due to officially begin tomorrow with the Opening Ceremony at 9:30am local time, while competitive action will start at 1pm.

It will be streamed live of the ISA website.