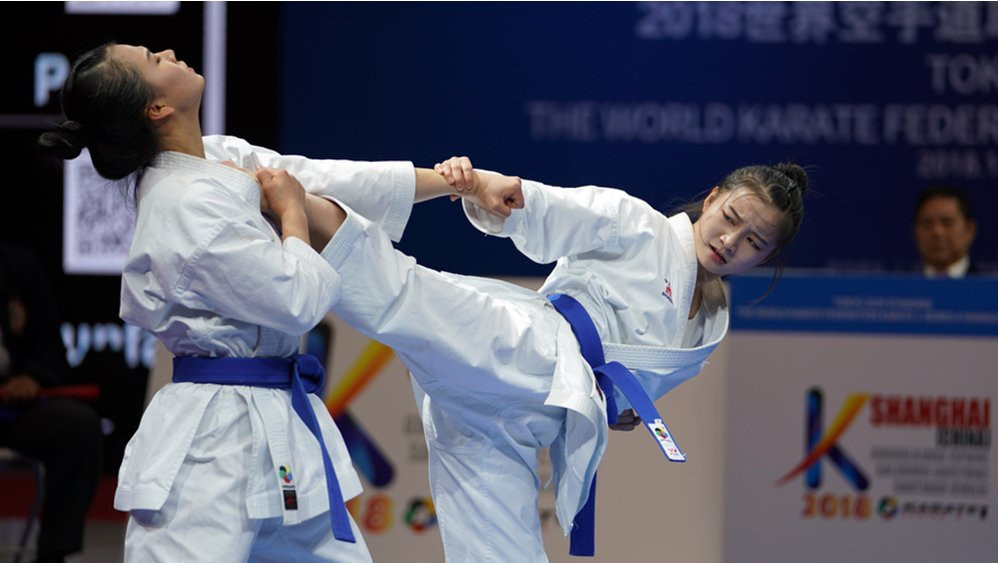 The final World Karate Federation (WKF) Karate 1-Series A event of the season came to an end in Shanghai today, with many medallists from last month’s World Championships in Madrid reaching the podium once again.

Perhaps the standout performance from the Gymnasium of Shanghai University came from Spain’s Sandra Sanchez, who claimed her 37th consecutive medal spanning four years, with gold in the women’s kata contest.

Darmian Quintero went one better than his silver medal at the World Championships to beat Indonesia’s Ahmad Zigi Zaresta in the men’s final.

The final score in that contest read 5-0, Quintero winning by unanimous decision to claim his third gold medal of the season.

Also backing up strong performances from Madrid were Eleni Chatziliadou from Greece, Jonathan Horne from Germany and Iran’s Zabiollah Poorshab.

The Greek world champion claimed another gold in the women’s kumite over-68 kilograms division with a 3-1 win over local hopeful Mengmeng Gao.

Horne continued his own winning streak with a 2-1 victory over Tyron Lardy from The Netherlands in the men’s kumite over-84kg class.

Poorshab, a team kumite champion from Madrid, won the gold medal in the men’s kumite under-84kg class with a 2-0 victory over Kazakhstan’s Igor Chikhmarev.

This year’s grand winners also wrapped up their seasons with gold medals.

Stanislav Horuna from Ukraine dominated the men’s kumite under-75kg competition after beating Croatia’s Enes Garibovic 4-0 in the final, while fellow team-mate Anzhelika Terliuga won gold in the women’s under 55kg division with a 4-0 victory over Japan’s Fumika Ishiai in her final.

The host country also had something to celebrate as local karateka Li Gong beat Egypt’s Feryal Abdelaziz in the women’s kumite under-68kg final 4-0.