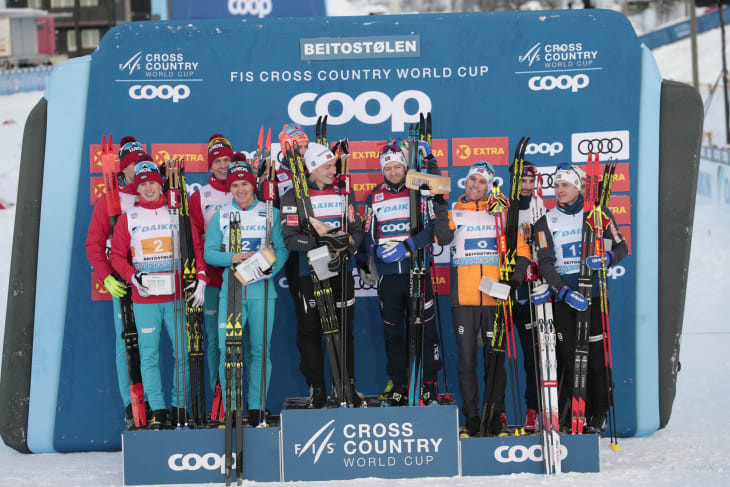 In the men's race, the Norwegian team of Emil Iversen, Martin Johnsrud Sundby, Sjur Røthe and Finn Haagen Krogh were victorious on a home course in Beitostølen to get their fifth consecutive relay win at a World Cup event.

Røthe and Sundby had already experienced success on the same track yesterday, finishing first and second in the men's inidivudal 30 kilometres event.

Krogh outsprinted Andrey Melnichenko of Russia in the final 7.5km leg to record a time of 1 hour 10min 38.9sec for Norway.

Russia, with a team consisting of Melnichenko, Evgeniy Belov, Alexander Bolshunov and Denis Spitsov, were 0.7 secons behind Norway in 1:10:39.6.

The Norwegian women's team recorded what was their 10th consecutive team relay victory, with the race in Beitostølen consisting of four legs of 5km.

Today's team relay events concluded the action in Beitostølen, with the next FIS Cross-Country World event due to take place in the Swiss town of Davos next Saturday and Sunday (December 15 and 16).