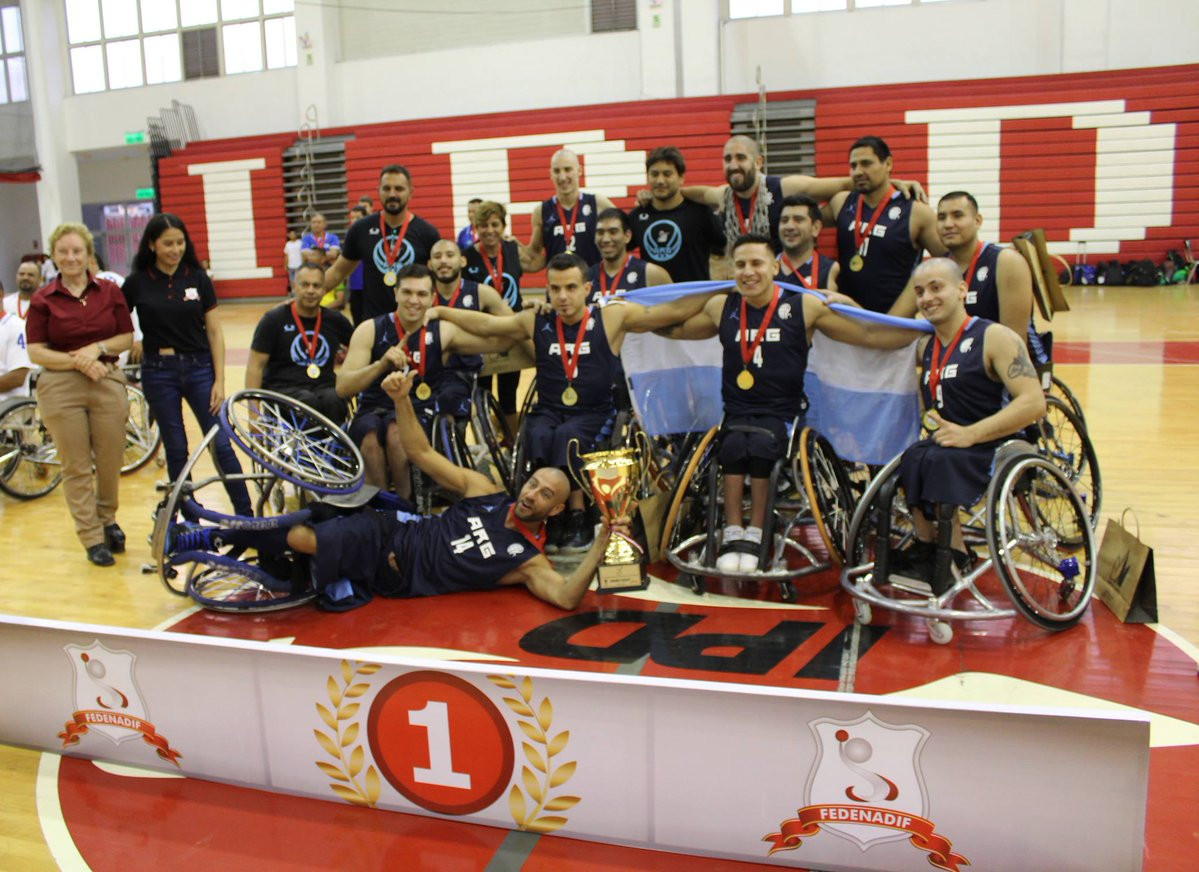 Argentina beat Brazil in the final of the International Wheelchair Basketball Federation (IWBF) South America Championships in Lima to win their second consecutive title at the competition.

Argentina got off to a good start in the final held at Lima's Villa Deportiva Nacional, leading Brazil 20-9 by the end of the first quarter and going into the break 25-14 up.

Brazil fought back to win the third quarter 18-17 but Argentina returned strongly to win the last quarter 23-8 and record a final score of 65-40.

Argentina's captain Adolfo Berdun was the joint top scorer in the gold medal game with 19 points, alongside compatriot Adrian Perez.

In reaching the final, both teams qualified for next year's Parapan American Games in Lima.

The bronze medal match between Colombia and Uruguay then determined who would take the third place at next year's Games.

It was Colombia who took the final spot after they dominated in all four quarters to beat Uruguay 79-45.