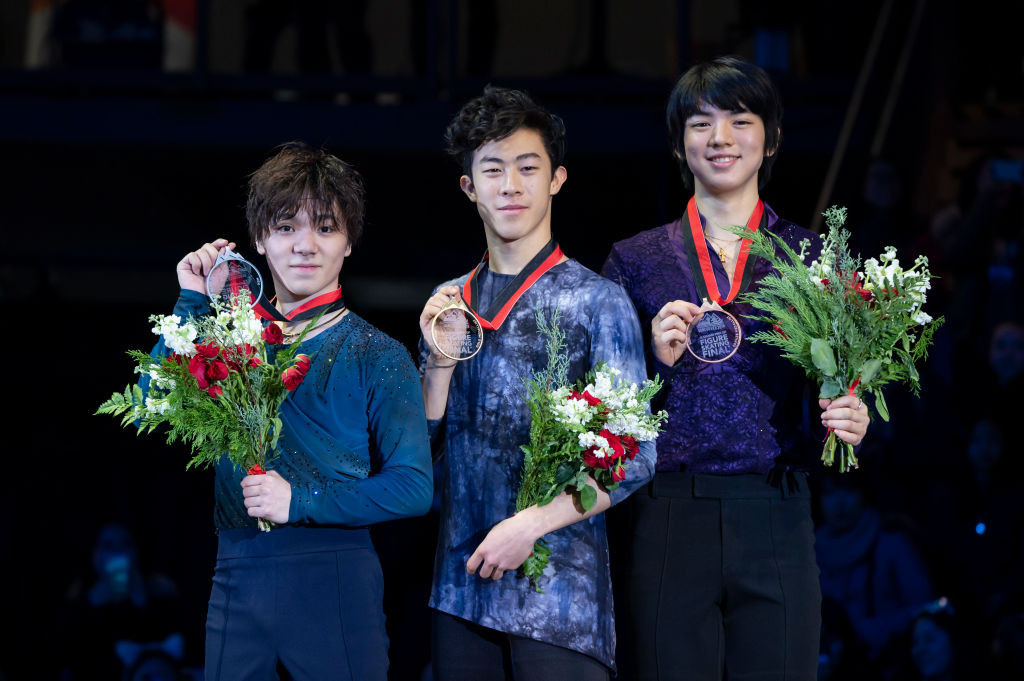 Despite Chen's victory, he was unhappy with today's performance after missing the quad lutz jump.

"I am definitely not happy with the Lutz, I stepped back on the toe so that I would not miss out on a combo," he said.

"I definitely need to bump this up to next level, this is not quite where I wanted it to be.

Chen added:  "I mostly wanted to improve on what I already had in the last competition in improving whether it be adding a new jump or cleaning things up.

"For the next competition, I will be working on completing the quad Lutz."

Today also saw the start of the dance and pairs competition, with America's Madison Hubbell and Zachary Donohue recording their season best score of 80.53 points to lead the dance event.

Italy's Charlene Guignard and Marco Fabbri also achieved a season best of 78.30 points to sit in second place, while Russia's Victoria Sinitsina and Nikita Katsalapov are just behind in third with 77.33 points.

Cheng Peng and Yang Jin of China beat two Russian pairs to lead the first day of competition in the pairs event .

The duo picked up 75.69 points, with Natalia Zabiiako and Alexander Enbert scoring 75.18 points and Evgenia Tarasova and Vladimir Morozov finishing on 74.04.

Tomorrow is due to see the final day for the women, pairs and dance events.