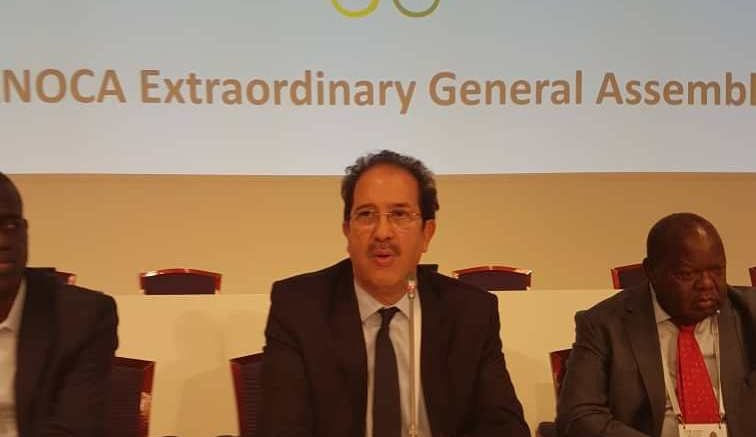 Berraf took up the ANOCA Presidency earlier this month after he claimed a comfortable victory over Burundi's Lydia Nsekera at the election in Tokyo.

He won 34 of the 54 votes in the second-round ballot during the continental governing body's Extraordinary General Assembly.

Nsekera, a member of the International Olympic Committee and FIFA Council, received 20 votes.

"Thank you to the members of the Bureau and the General Assembly of the Algerian Olympic and Sports Committee," Berraf said in a message posted on the COA website.

"You are my family and we will continue to walk together, hand-in-hand, towards our future challenges.

"Finally, warm greetings to members of the media family and to all Algerians who, through their messages of support or simply their friendly thoughts, have carried me and encouraged me.

Berraf, who took interim charge of ANOCA after Lassana Palenfo decided not to seek re-election, was within one vote of being elected in the first round as he received 27, narrowly below the golden number of 28.

His eventual elevation to the Presidency was met with applause after he passed the required threshold in the second round.

Following the election, Berraf cited repairing the fractured relationships within ANOCA and the 2019 African Games in Morocco as his main priorities.

"This is a great honor for me and for my country, Algeria," Berraf added in his message.

"I want to thank everyone in Algeria and around the world who contributed to this election.

"First of all, the President of the Republic, Abdelaziz Bouteflika, who, faithful to his unfailing support for Algerian and African sports and youth, encouraged me in my approach.

"I will try at all times to be at the height of support, the father of the nation.

"[Algerian] Prime Minister Ahmed Ouyahia, sincere thanks for your presence with our national sports movement and for your constant benevolence.

"I also thank the Minister of Youth and Sports, Mohamed Hattab, who works tirelessly for the success of our youth and our sport and whose wishes have particularly affected me."