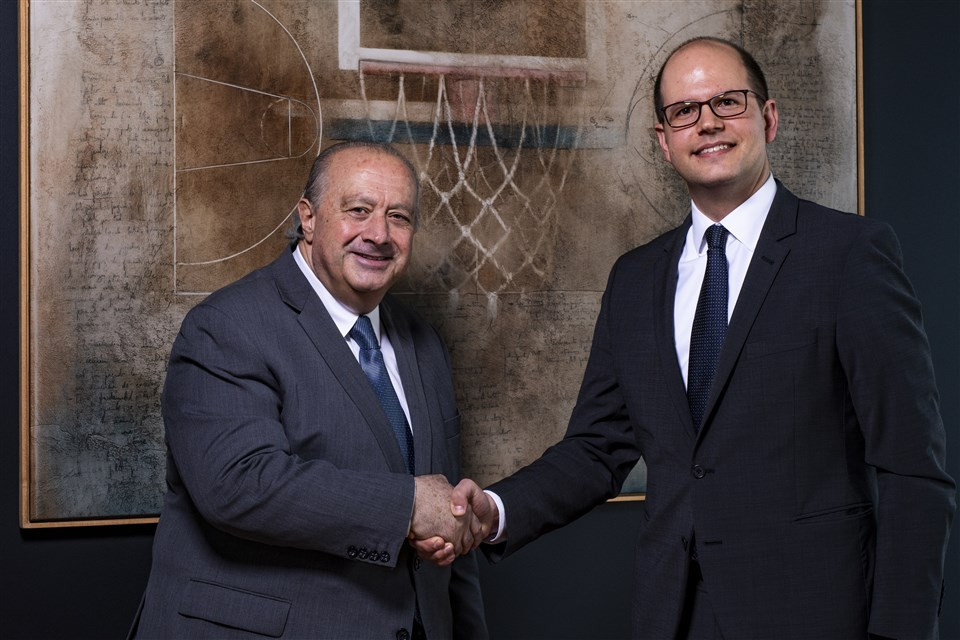 The FIBA Central Board unanimously approved the appointment of Zagklis, which becomes effective from tomorrow.

The 38-year-old Greek national was hired as director legal services and general counsel by FIBA in 2016 after acting for nine years as the governing body's external legal advisor.

He becomes the fourth official to assume the secretary general position and takes over from Baumann, who held the role for 16 years until his tragic death at the Youth Olympic Games in Buenos Aires on October 13.

"I would like to thank the Central Board members for the trust bestowed in me," said Zagklis.

"The mission is clear, to grow our sport throughout the world and unite the basketball community.

"I will serve it mindful of FIBA's values and rich history.

"FIBA will continue to work hand in hand with its national member federations on male and female programs in its two Olympic disciplines as well as support wheelchair basketball.

"In today’s competitive environment, we shall be modern administrators, prudent regulators and excellent event organisers in order to meet the high expectations of the basketball family, most notably our players, clubs, leagues, fans and partners."

FIBA President Horacio Muratore welcomed the appointment of Zagklis, claiming he was the perfect fit for the job.

"I'm very pleased that we have chosen our fourth Secretary General from among our own management team," Muratore said.

"A true basketball person, Andreas knows very well our organisation and he is the right person to lead FIBA following the strategy adopted by the FIBA Congress.

"We are all convinced that he will put all efforts in making basketball the most popular sports community in the world, FIBA's vision."

Baumann died at the age of 51 after suffering a heart attack in the Argentine capital.

His passing was met with an outpouring of sympathy from the Olympic world and at FIBA.

Muratore spoke alongside International Olympic Committee President Thomas Bach at a memorial service in Buenos Aires and at another ceremony held in Lausanne last month.

The FIBA President said Baumann had "made his mark in the history of FIBA and that of world basketball".

Zagklis, an experienced lawyer who served as an assistant to the Court of Arbitration for Sport (CAS) in three Olympic Games from 2004 to 2008, will be tasked with continuing the work started by Baumann.

The former basketball player, coach and administrator in Greece, who speaks five languages, also played a key role in governance changes adopted by the extraordinary FIBA Congress in 2014.