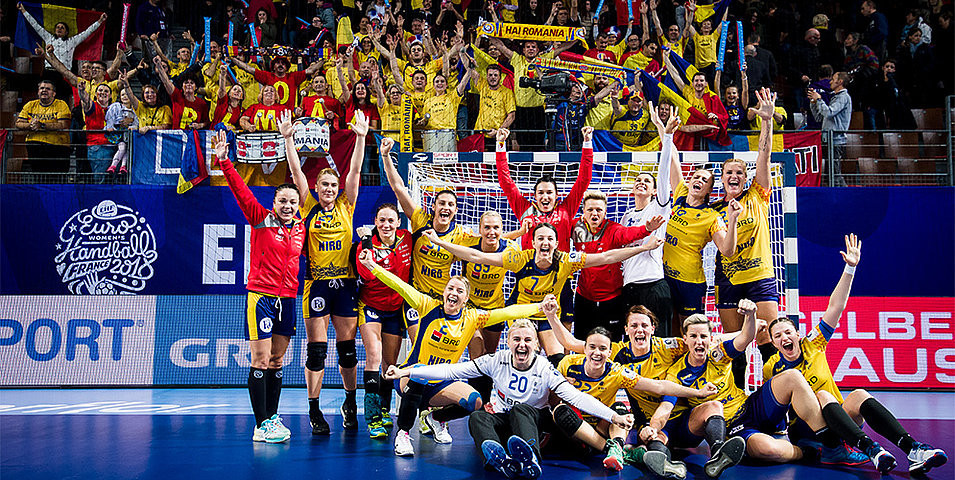 Defending champions Norway suffered their second defeat in the preliminary round of the European Women’s Handball Championships in France, going down 31-23 to Romania at the Brest Arena.

After inflicting this record Euro defeat on the previous champions, Romania go through top to the next qualifying grouping, with Norway squeezing through also thanks to their sole win so far.

Germany, who had a 30-28 win over the Czech Republic, also progressed.

The Netherlands finished top of Group C with three wins from three thanks to a 34-23 scoreline over Croatia at Axone in Montbeliard.

Hungary beat Spain 32-26 to take second place, although both accompany the Dutch through to the main round groupings.

The two new groupings, in which points obtained against qualified teams from the same preliminary group have been  taken over, feature Olympic champions Russia, Serbia and the French hosts in one.

The other includes Romania, The Netherlands and Hungary.

Hosts Japan and South Korea finished with a 100 per cent record in their qualifying matches at the Asian Women’s Handball Championships.

A 31-24 win over previously unbeaten Kazakhstan at the Yamaga Gymnasium earned Japan a semi-final meeting on Friday (December 7) with the second-placed Group B team, China, who lost their own unbeaten run in going down 21-24 to South Korea at the Yatsushiro  Gymnasium.

Like China, Kazakhstan had done well enough to progress despite a final defeat, and they will now meet South Korea.

In other group matches, Iran won their first match in Group A, beating bottom side New Zealand 38-19.

Meanwhile in the African Women’s Handball Championships in Brazzaville, Congo, Senegal will move two points clear of Cameroon at the top of Group 1 if they beat Algeria tomorrow.

In the other Group 1 match at the Kintele Sports Complex, Ivory Coast – who have lost both their opening games - will meet Tunisia.

Group 2 is headed by hosts Congo, who have already qualified with two wins and a draw.

But it is the Democratic Republic of the Congo scheduled to play tomorrow against Angola, with both teams already assured of progress.

Guinea and Morocco are also due to meet tomorrow.