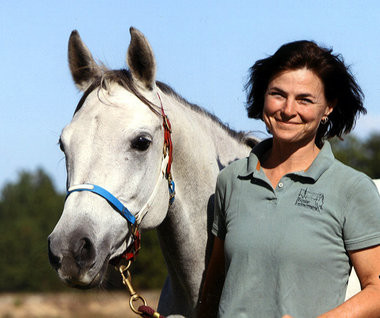 Dr Meg Sleeper has resigned her place on the Temporary Committee set up by the International Equestrian Federation (FEI) in October to urgently review rules on endurance riding.

Sleeper has taken this action after advising the FEI that she could be in breach of its rules regarding mandatory rest periods for horses involved in this branch of the sport.

The FEI reports that Sleeper competed with her horse Syrocco Cadence in a national ride on September 22 and the mare completed 137.6 of the 160 kilometres course before being eliminated “for irregular gait - or lameness.

Sleeper was then reported to have entered the mare for a second 160km national ride on October 27, which she won, but after which she was advised by the United States Equestrian Federation that she could be in breach of FEI rest period rules.

"This has now been confirmed to the FEI by US Equestrian," the FEI report reads, "and the FEI today notified Dr Sleeper that she has been given 100 penalty points under FEI Endurance Rules…resulting in an automatic two-month suspension."

FEI secretary general Sabrina Ibáñez said: "We are sorry to lose Meg Sleeper, and we appreciate her honesty and transparency in immediately advising us of this issue, even before it had been confirmed by her National Federation, but it was clear that her position on the temporary committee was untenable in these circumstances.

"This meant that we had to find a replacement and the FEI Board has agreed that this should be Valerie Kanavy, who is an athlete, a former member of the FEI Athletes’ Committee and also an organiser, so she brings a wide range of experience to this new role."

Sleeper, who has competed in FEI Endurance since 2005 and is also a trainer, official veterinarian and veterinary cardiologist, commented: "As soon as I realised that I could be in violation of FEI rest period rules I immediately contacted the FEI and my colleagues on the Temporary Committee and explained the situation.

"Once it was confirmed, I knew that the right thing to do was to resign.

"I made a mistake and I bitterly regret it, but the work of the Temporary Committee will shape the future of my discipline and that is too important to allow my mistake to deflect from that goal."

She was a member of the FEI Athletes’ Committee and the Athletes’ Representative on the Endurance Committee for the four-year term 2014-2018.

The FEI Temporary Committee will establish the methodology to be used to fulfil the Committee’s remit to carry out an in-depth review of the rules in order to identify the most effective way of bringing the discipline back to its original roots of endurance riding as opposed to endurance racing, with horse welfare and horsemanship at its core, while still maintaining the competitive aspect of the sport.

In order to protect horse welfare, FEI rules on mandatory rest periods apply to both international and national events, even in cases where the National Federation rules do not include rest periods.